"You may delay, but time will not." - Benjamin Franklin

Keeping time has been a priority of the human race for thousands of years. The first timekeepers kept time with the movement of the sun. Throughout human history, timekeepers have developed from an essential home utility to an expression of luxury and beauty. From elaborate floor clocks to the silent but powerful pocket watch, the evolution of the timepiece has enchanted collectors for generations. 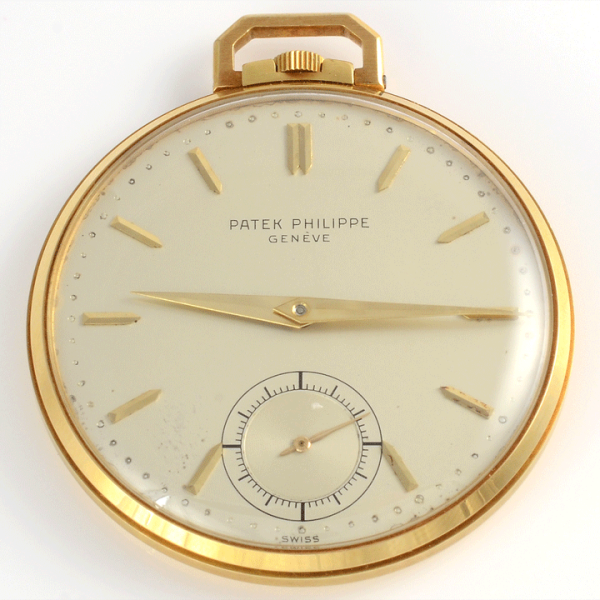 Tall case clocks, more commonly known as "grandfather clocks", have been in production since the late 17th century. They were displayed in manor houses and homes, and were elaborately decorated with hand carvings, gilt ormolu, enamel designs, and metal accents. In later centuries, tall case clocks became highly advanced in technology. Clocks of the 1800s could tell tides, display the year and the date, and play music. Some clocks could play up to ten tunes on the hour!

Most tall case clocks worked with a weight and winding system. The earliest clocks needed to be wound daily or weekly, and later clocks were manufactured that only needed to be wound once a year. These clocks are known worldwide as prized collectors items, and no antique clock is like another. 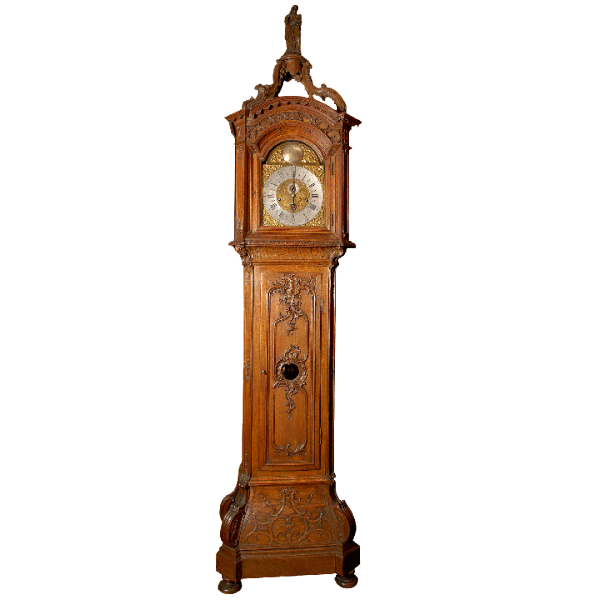 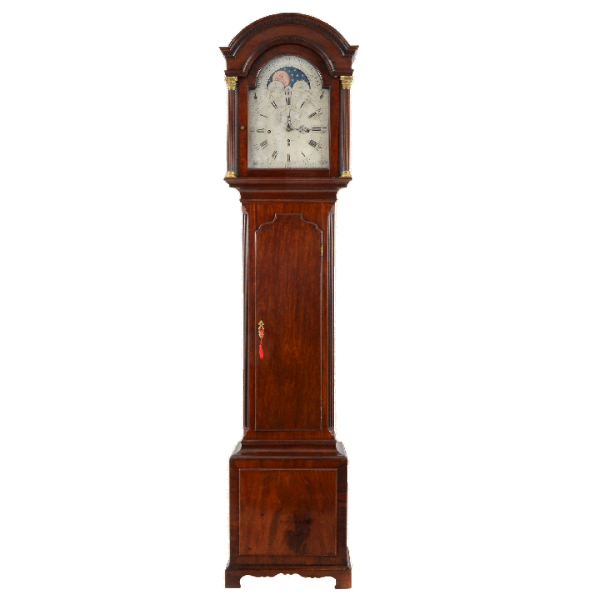 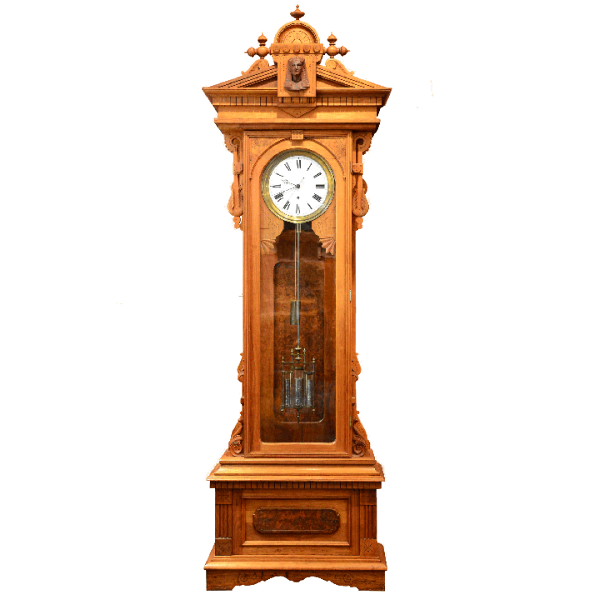 American Standing No.1 Regulator by Gilbert, circa 1901 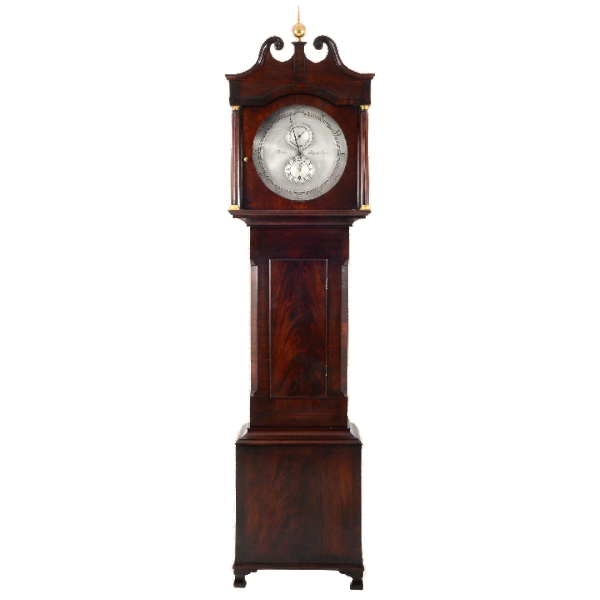 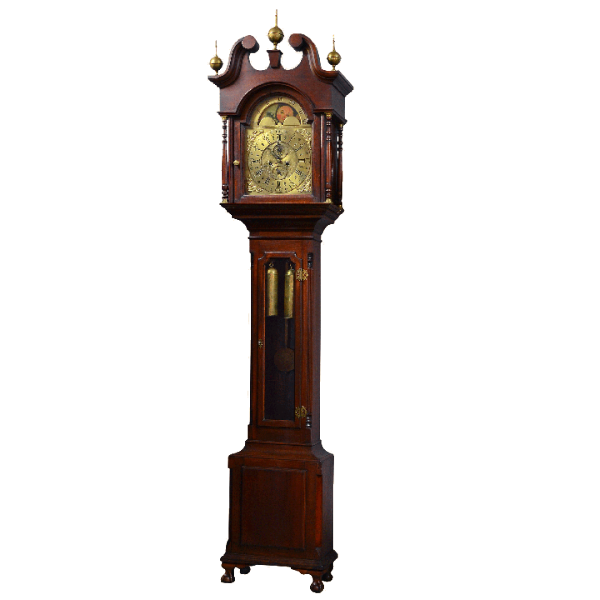 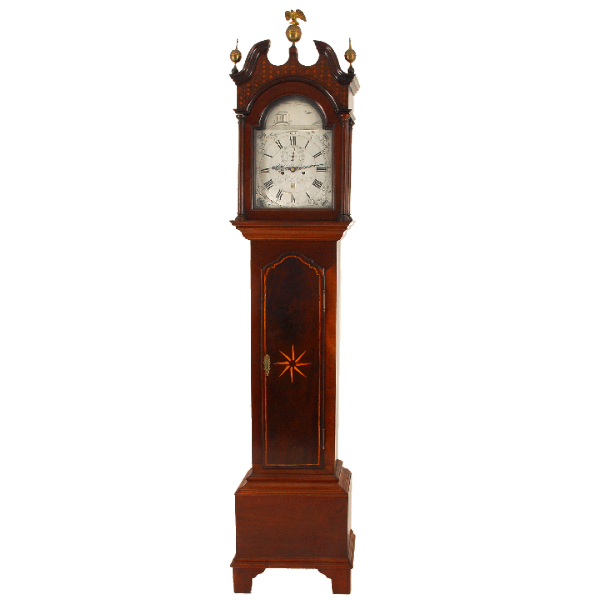 With the Industrial Revolution, technologies allowed for for more people to own a timepiece. Smaller clocks like mantel clocks, bracket clocks, and skeleton clocks grew in popularity. American manufacturers became more prevalent in the clockmaking industry. 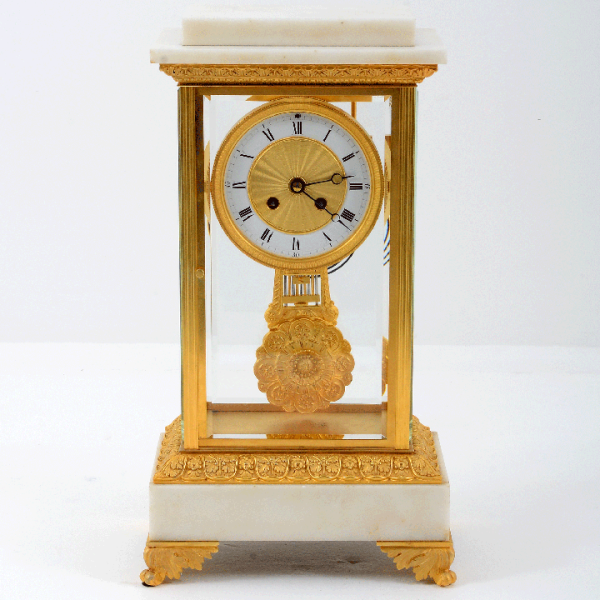 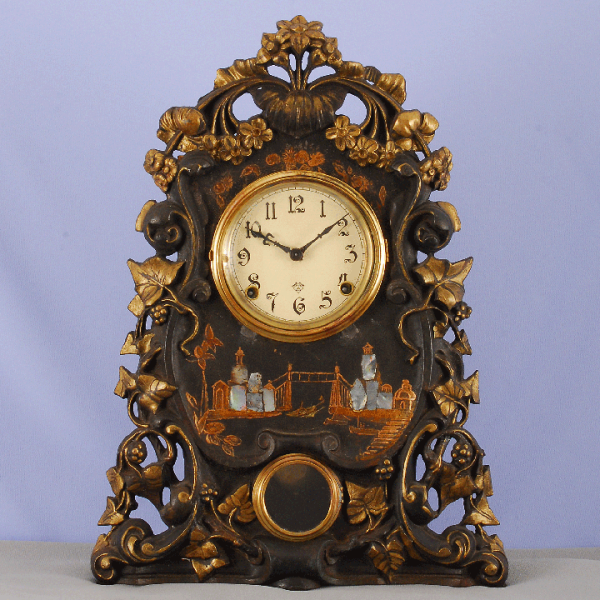 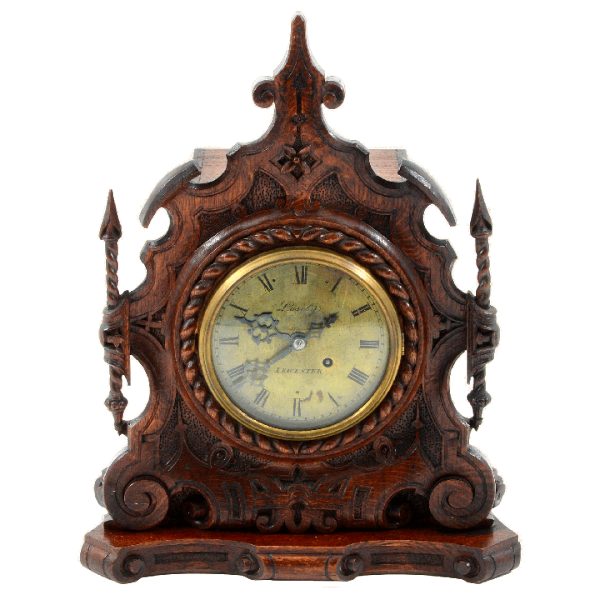 The pocket watch is known as one of the world's most intriguing and handsome timepieces. Pocket watches have been being made since the 18th century. They were made as portable timepieces, and were designed to fit in a pocket. These watches are famous for their durability and workmanship. Makers like Patek Philippe, Elgin and Lepine paris gained notoriety for the masterfully created pocket watches. 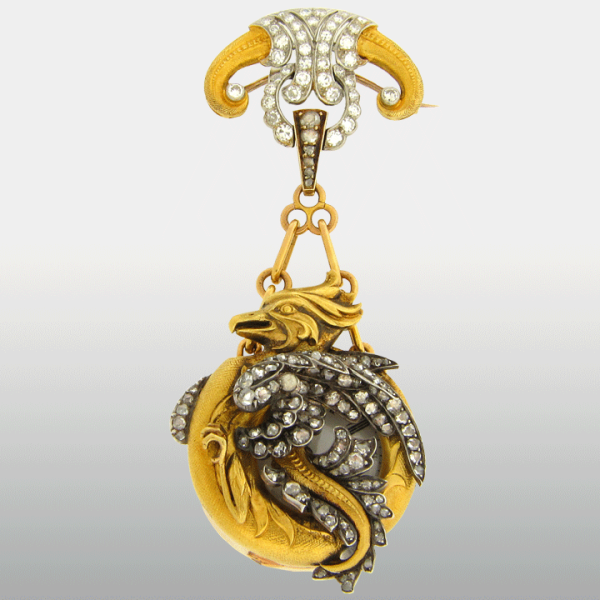 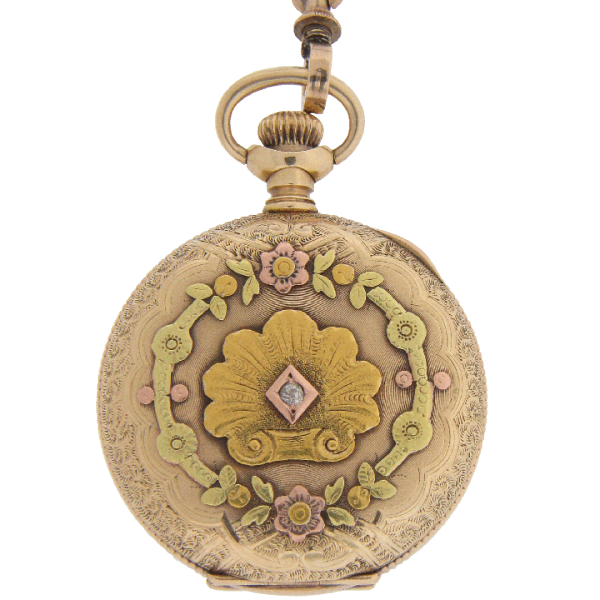 Pocket Watch and Chain by Elgin, circa 1880

Pocket watches are mainly wound one of three ways: key, lever or stem. A key wound watch will include a key that is inserted into a watch and turned to move the hands. A watch that is stem wound will be adjusted by pulling or pushing the top stem and turning it to move the hands. Lever wound watches will require movement of a side or bottom lever before the top stem is moved and the hands are adjusted.

If your pocket watch requires a display adjustment, follow one of these three methods to change the display time. We recommend contacting your local watch repair shop for any further adjustments. These pieces are delicate and often very old, and require the utmost care when handling. 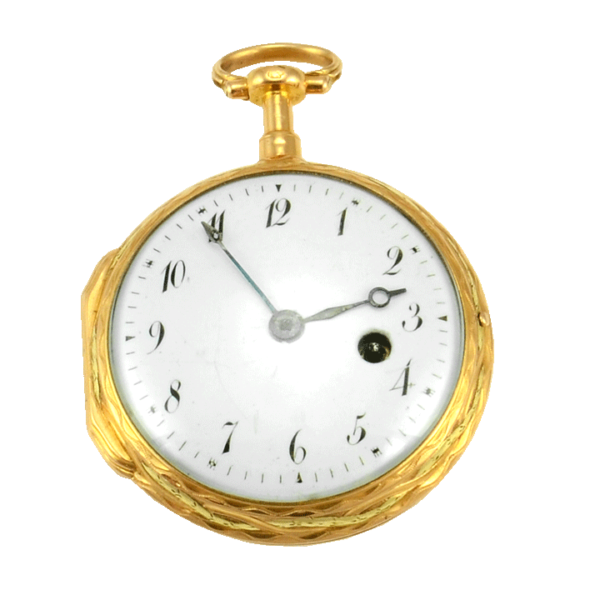 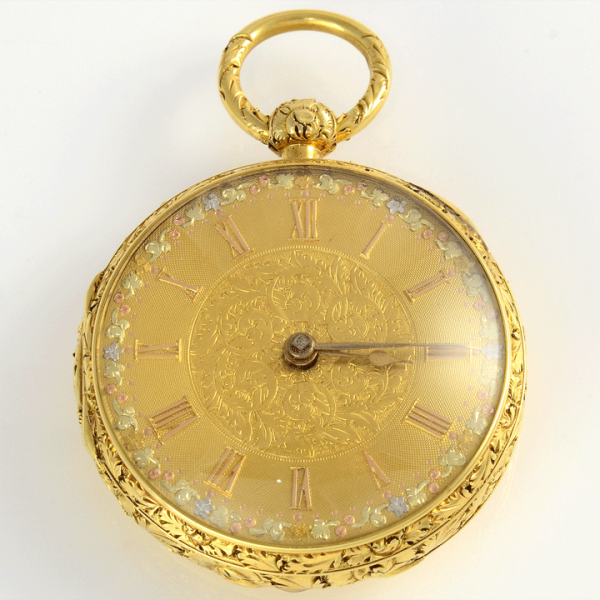 The wrist watch gained popularity after the first World War. Its portability replaced the pocket watch and chain. Makers like Rolex, Van Cleef & Arpels, Cartier and more stayed on trend by creating pocket watches with incredible durability and strength. Ladies pocket watches also grew in popularity, and in the Art Deco era watches could be found with all kinds of gemstones such as diamond, onyx, sapphire and more. 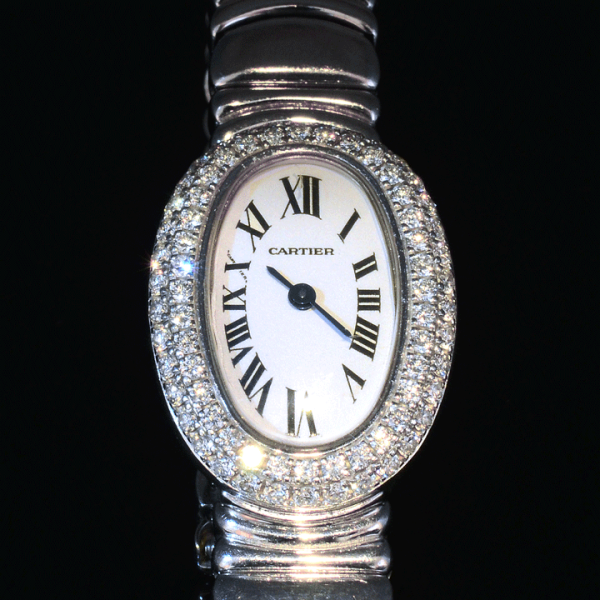 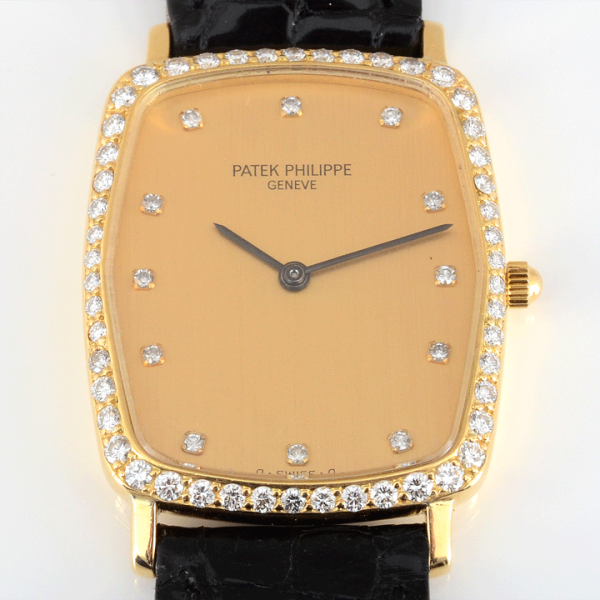 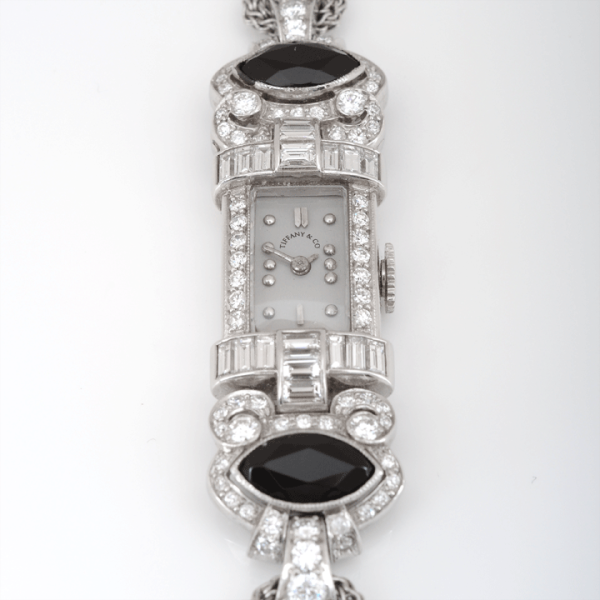 Ladies Watch by CH Meylan For Tiffany, circa 1930 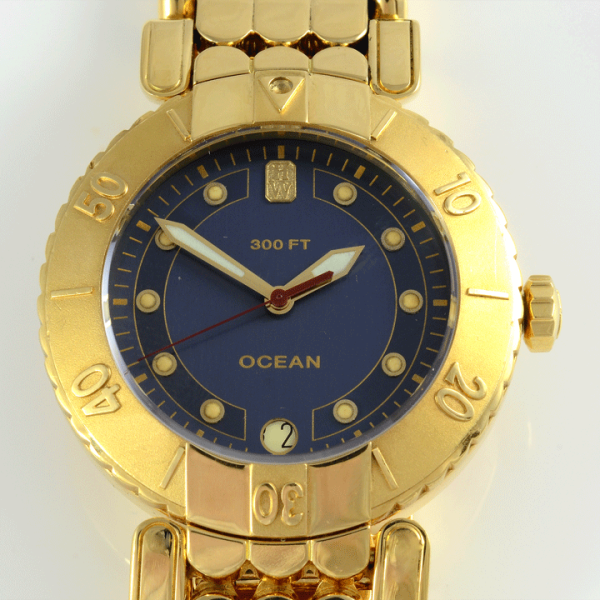