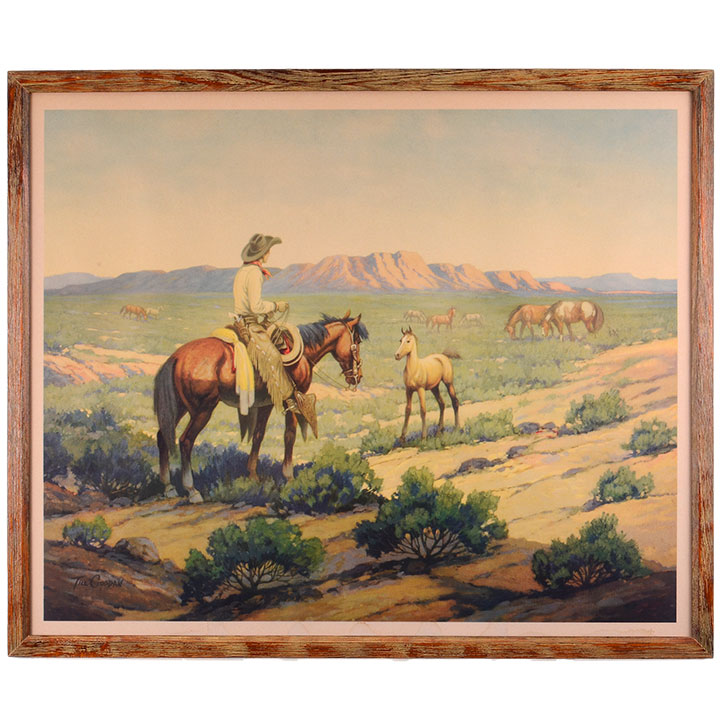 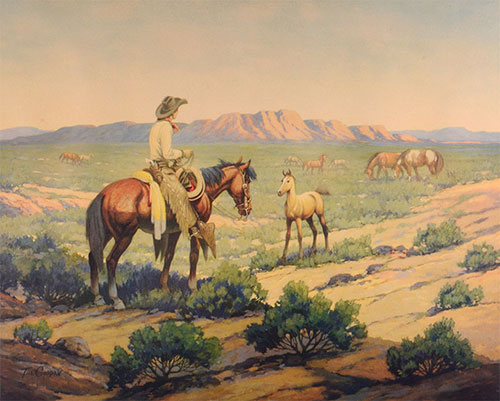 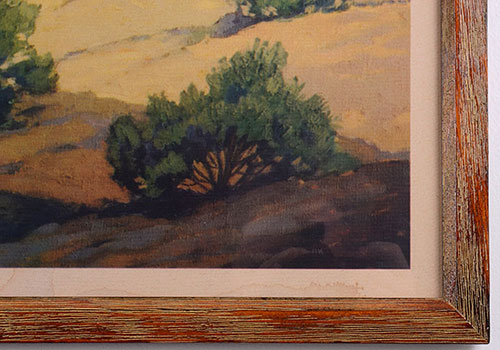 Born in Colorado in 1896, Till moved to Los Angeles in 1905 settling on a farm where he became an expert cowhand, roper and rodeo hand. He studied art in high school drawing and painting what he knew and loved the best – horses, cattle and cowboys. From 1920-1923 Goodan studied and worked with the noted California landscape artist, Dana Bartlett. First commercial art sales were paintings for Hollywood motion picture company and theaters, including the famous Grauman’s Chinese Theater. However, Goodan was still riding in local rodeos whenever he could, so realizing that he’d never get cowboyin’ out of his life, chucked his art career and vowed to stick to painting cowboys. Became friends with most of the Hollywood cowboys including Buck Jones, Tom Mix, Roy Rogers and Gene Autry while painting the latter’s comic books and Sunday features. Till’s art career was on the rise as his western cowboy scenes were eagerly bought and used by everyone from calendar makers to stationary companies to Wallace China. Designed the cover for Ed Bohlin’s famed Hollywood saddlery and even received a commission for a 30 by 80-foot mural, which was the centerpiece of the Los Angeles Union Stockyards. Died in the saddle as Grand Marshal of the Tulare, California Rodeo in 1958. Best remembered as one of the most important cowboy illustrators of the 20th century. He signed his work two ways: Til Goodan and Till Goodan.