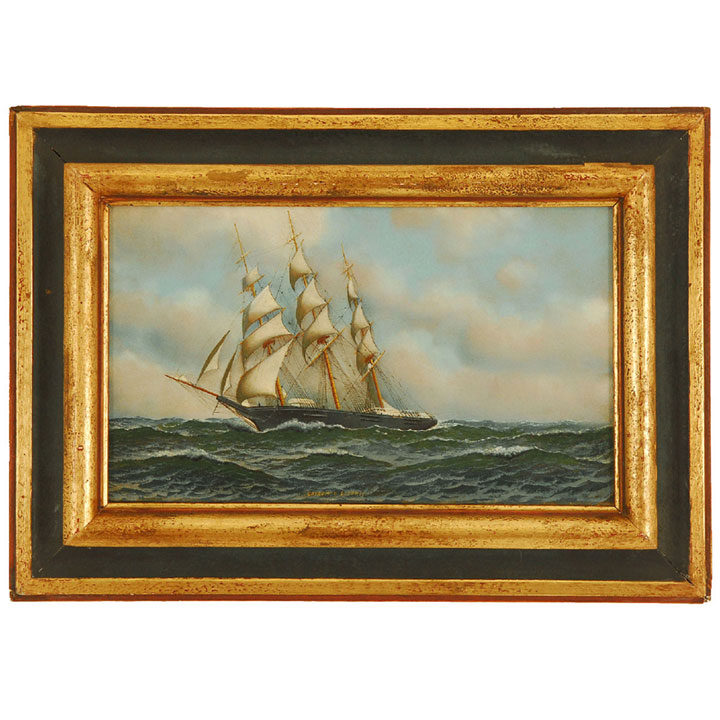 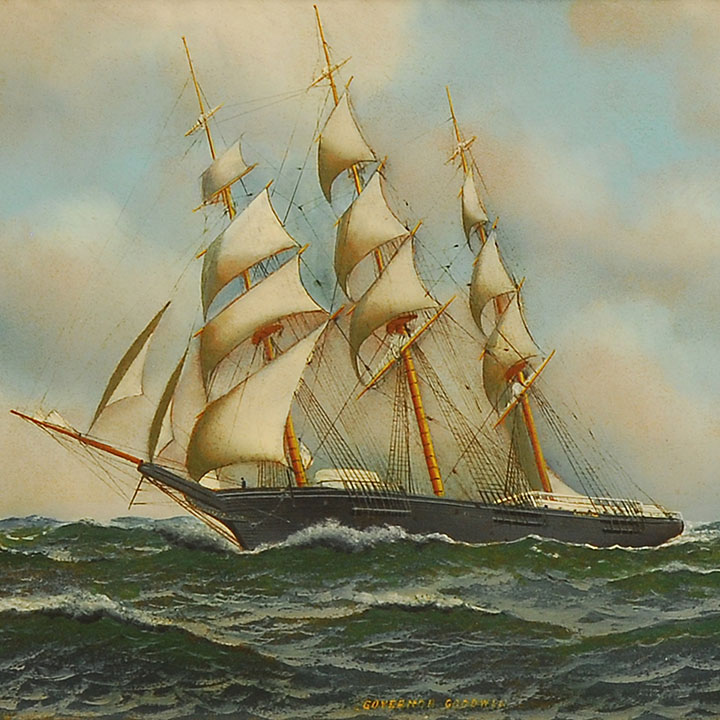 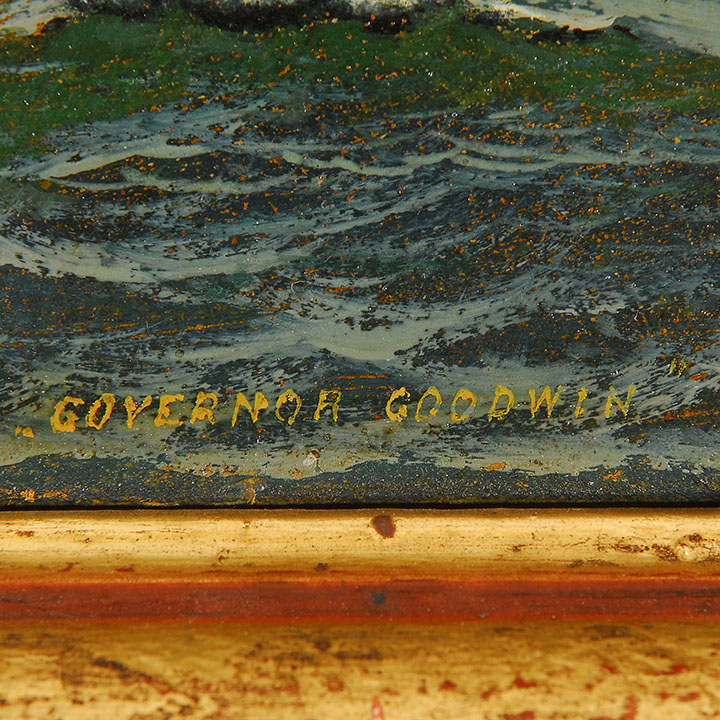 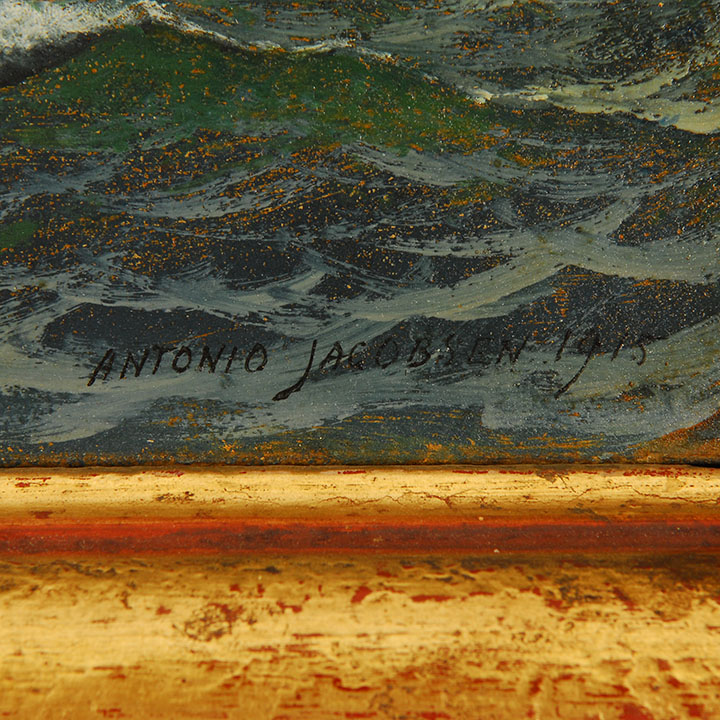 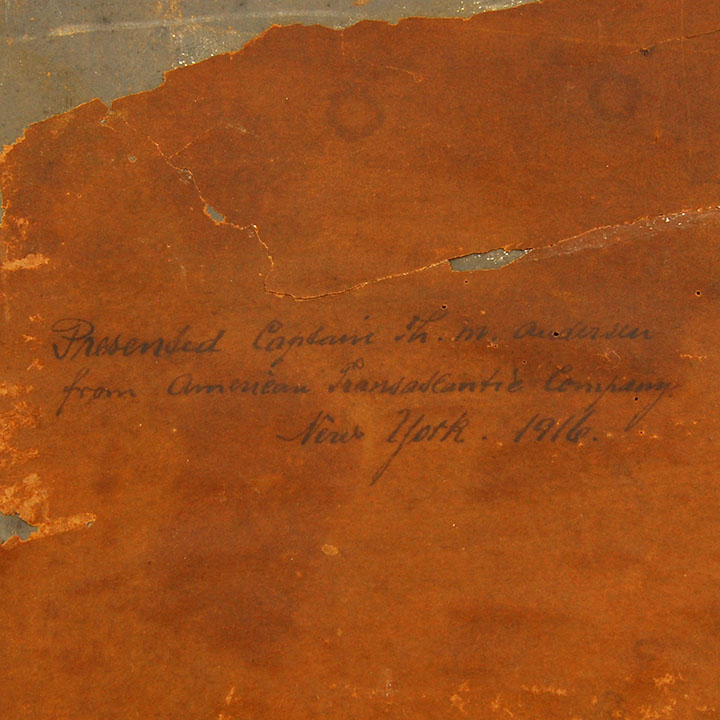 Maritime Oil on Board by Antonio Jacobsen

This maritime painting by Antonio Jacobsen is a portrait of the “Governor Goodwin”, a splendid example of the artist’s attention to detail and incredible skill at making a ship come to life racing along the open sea. The back of the board is inscribed: “Presented Captain Th. M. Andersen from American Transatlantic Co. New York, 1916”.

Antonio Jacobsen was a marine painter who studied at the royal Academy of Copenhagen and is represented in every large maritime museum in the U.S. and Europe. Born in Copenhagen, Denmark in 1850, his family had been makers of violins for generations. At an early age he enrolled in the Royal Academy of Design until a reversal of family fortunes forced him to withdraw. He left Denmark for America to avoid service in the Danish military forces and settled in New York City.

Jacobsen arrived in the early 1870’s and, like many other immigrants, went to New York City’s Battery Park looking for work. He spent his spare time sketching ships that went in and out of the harbor and was soon noticed by a representative from Marvin Safe Company. He was hired to decorate safes and was soon receiving commissions from sea captains, ship owners and steamship companies.

Jacobsen has been recognized as one of America’s best-known and most prolific painters of marine subjects. His paintings are included in the collections at the Peabody Museum, Salem, MA; The Mariners Museum, Newport News, VA; Mystic Seaport Museum, CT; Louisiana State Museum, LA and the Shelburne Museum, VA.