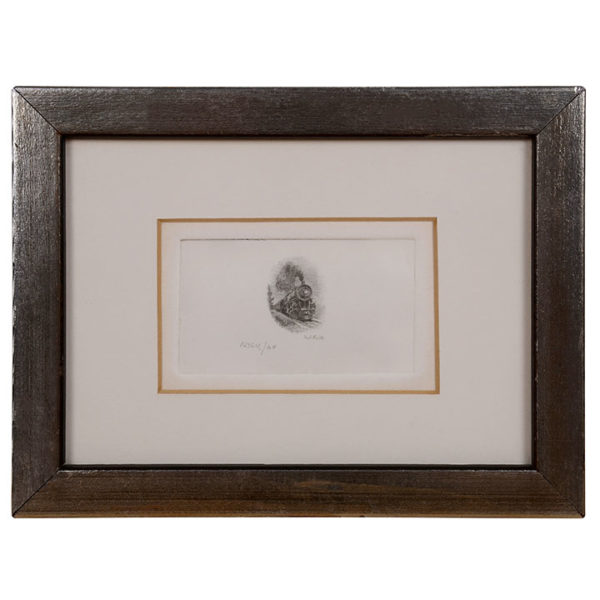 His ten-year apprenticeship with the U. S. Bureau of Engraving and Printing to become a bank note engraver began in June 1941. Interrupted by WWII, Herb enlisted in the U.S. Army, and served 3 1/2 years including 294 days in combat under General Patton. He received five battle stars and the Medal of Verdun.

He resumed his apprenticeship with the Bureau of Engraving and Printing in December 1945. Later moving to the private sector with Jeffries Bank-Note of Los Angeles in 1962, he became Chief Engraver. As a Master Engraver, he was considered one of the finest living practitioners in his art form.

Although Herb won many awards during his career, one of his greatest honors was that of invitation in 1951 to exhibit his engravings in a One Man Show at the Smithsonian Institute in Washington, D. C. Later that year two pieces of Herb’s work were placed in the permanent collection of the Library of Congress. Other permanent collections are in the Kennedy Memorial Library, Corcoran Gallery of Art, Mercantile Money Museum, and the American Print Collection.

Herb is best known for his engravings of vintage airplanes, trains, historical vignettes, and portraiture.