Porcelain has been part of human artistry for thousands of years. The first evidence of porcelain dates back to 7th century China. In the 16th century, porcelain began to be imported into Western Europe from China, Japan and Korea. One of the oldest and most famous porcelain suppliers from Britain is Royal Crown Derby. 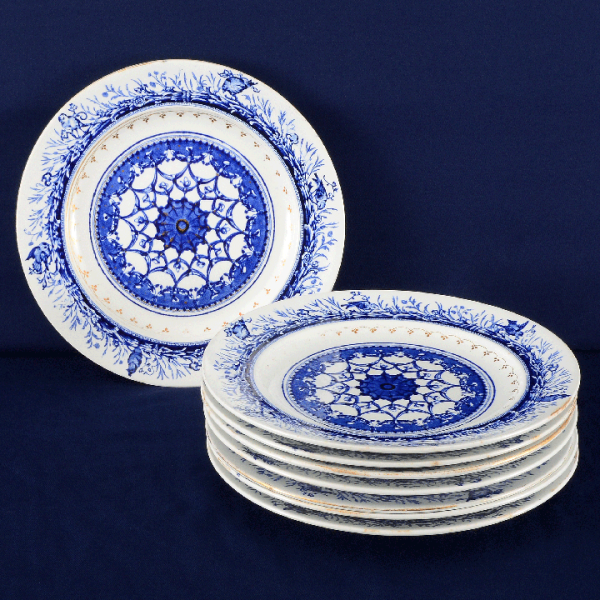 Royal Crown Derby began before 1750, when Andrew Planche established the first china works in Derby. His exquisite figures led to a link with William Duesbury, who acquired the famous Chelsea China Works in 1770. A gradual transfer of extremely skilled craftsmen to Derby resulted in his Derby factory being a ‘second Dresden’. Their London showroom opened in 1773, which began spreading their recognition of excellence. 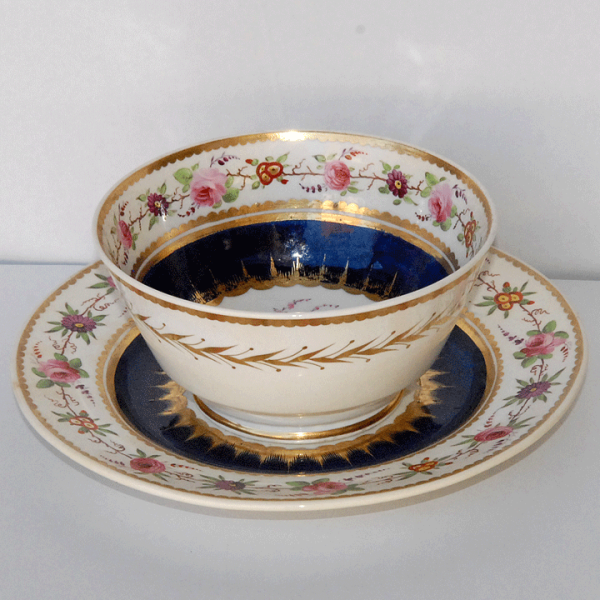 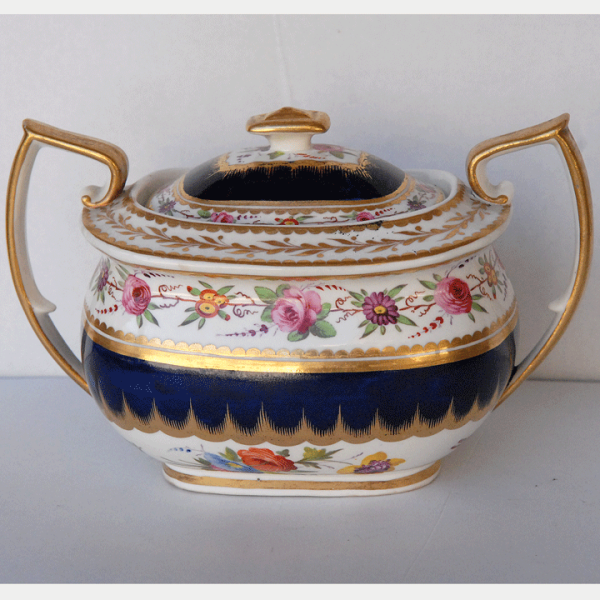 King George III recognized Derby porcelain’s excellence in 1775, when he allowed them the honor of using the crown mark. William Duesbury died in 1797 at the early age of 34, when much of his team left the factory. Robert Bloor restored the Derby porcelain reputation, when he took control in 1811. An impressive new factory opened in Derby in 1877, which marked a period of growth and diversification. In 1890, Queen Victoria gave her seal of approval by granting the title of ‘The Royal Crown Derby Porcelain Company’.

Below are some beautiful examples of Royal Crown Derby porcelain, including a full dessert set. Click the photos to learn more. 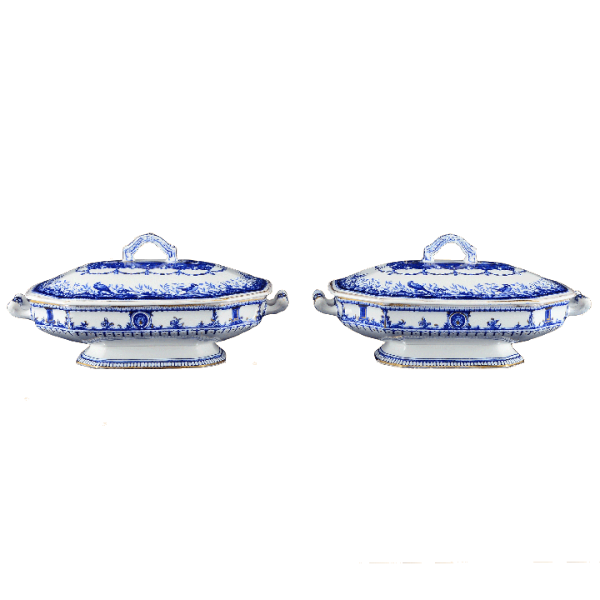 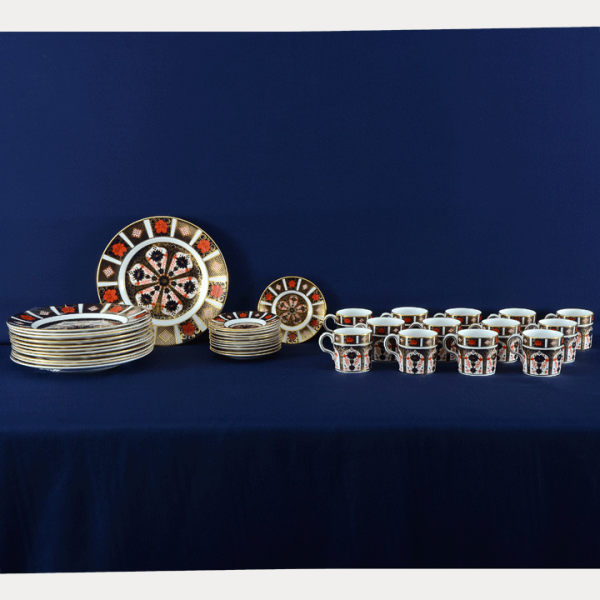 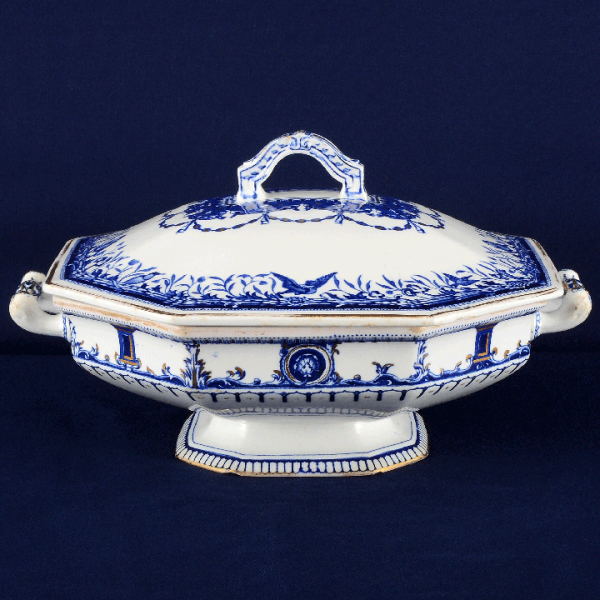