Thomas Alva Edison is known as America’s most famous inventor. With inventions such as the telegraph, the electric light bulb, and the alkaline battery, Edison’s legacy has not been forgotten.

The cylinder phonograph is perhaps one of the most important inventions created by Edison. Read on and learn more about Edison’s life and the invention of the first phonograph. 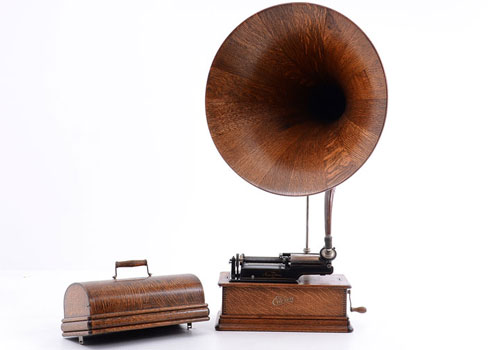 Thomas Alva Edison was born in 1847 in Milan, Ohio. As a child, he read many books and was interested in science and world history. His first original invention was a telegraph repeater at the age of sixteen.

Many years and many patents later, Edison was working on a transcriber for telegraphs when he discovered a method of sending telephone messages in a similar way. Using a metal cylinder wrapped in tin foil, Edison spoke into a diaphragm that caused a needle to indent the tin foil. To test this, Edison spoke the words, “Mary had a little lamb”, and the machine played the same audio back to him. In 1877, the cylinder phonograph was born. 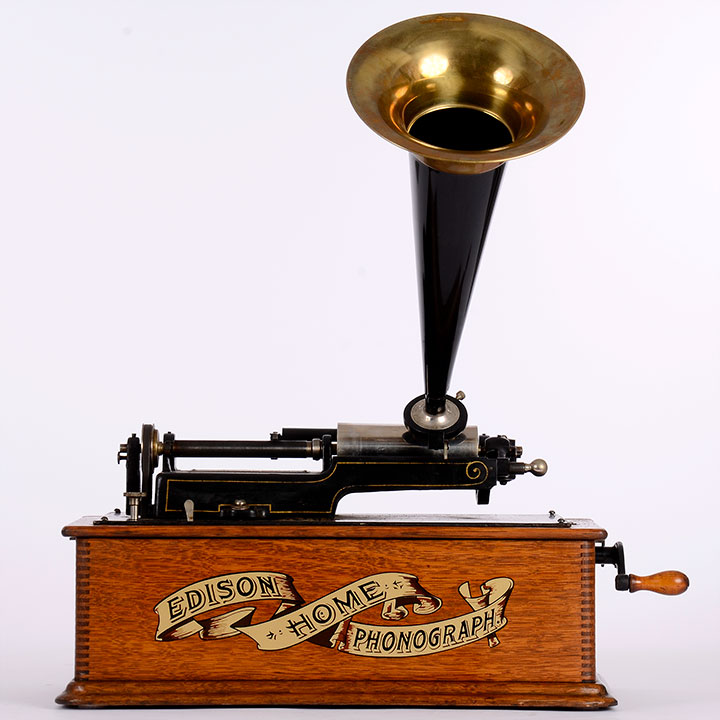 The patent for the phonograph was registered in early 1878. The first phonographs made were a short-lasting novelty, and were quickly overshadowed by Edison’s work on the incandescent lightbulb. In the meantime, Alexander Graham Bell, after winning the Volta Prize for the invention of the telephone, decided to experiment on Edison’s original phonograph; the most significant change being that wax cylinders were used instead of foil. Bell offered to collaborate on the new phonograph, but Edison declined and the Edison Phonograph Company was created in late 1887.

Edison’s phonographs did not gain large popularity until the turn of the century. By 1901, a method of mass-producing wax cylinders was invented, lowering the price of cylinders considerably. The cylinder phonograph, for a time, was the most popular method of enjoying recorded sound. Everything from opera arias to folk songs were recorded on wax cylinders. 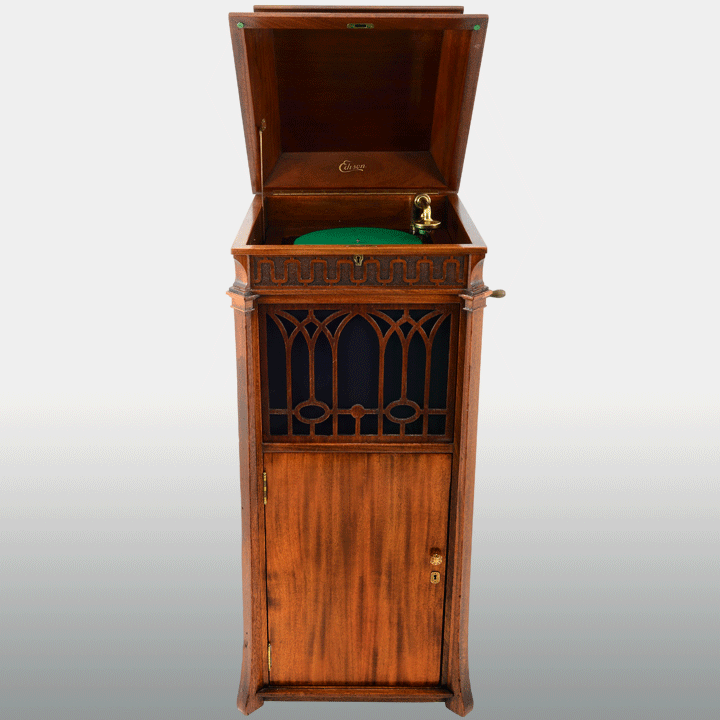 During this time, Victor and Columbia were Edison’s main competitors. Edison struggled with keeping the costs of his phonographs low compared to Columbia’s. Edison was also the last of the “big three” phonograph manufacturers to abandon cylinder production in favor of the disc record. While Victor and Columbia introduced disc records, Edison continued on and invented the Blue Amberol. This new and improved cylinder was much stronger and had much better sound quality than its predecessor. The Edison Company began making disc phonographs in 1913, but did not abandon the Blue Amberol cylinder until 1929.

Edison registered over 1,000 patents in his lifetime, but the phonograph is known as one of his most famous. A revolutionary way of hearing recorded sound, the cylinder phonograph was the kickstarter for the American recording industry. Today, they are iconic collector’s items with an intriguing and incredible history. 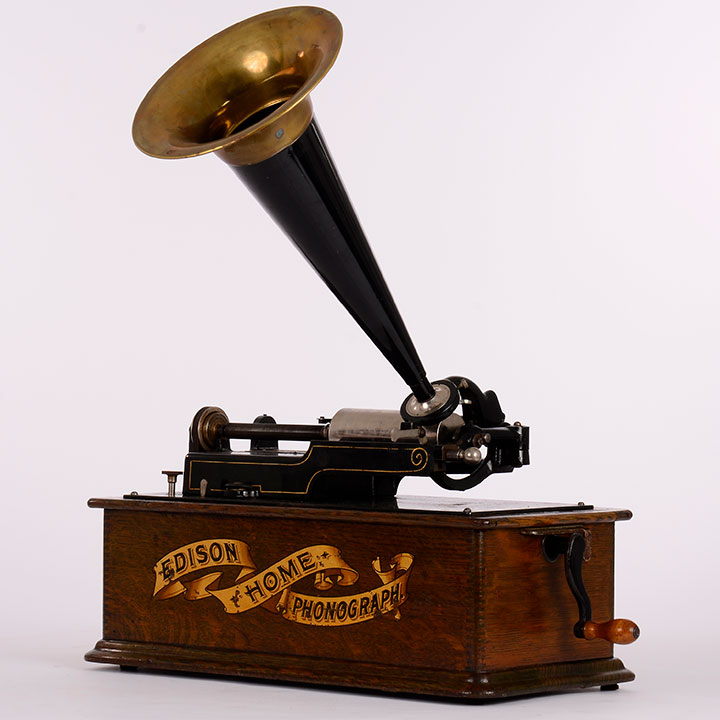