Onyx, a stone with a striking, pigmented color, has been used in jewelry for hundreds of years. Read on to learn more about this fascinating stone, and view a selection of onyx jewelry from Solvang Antiques. 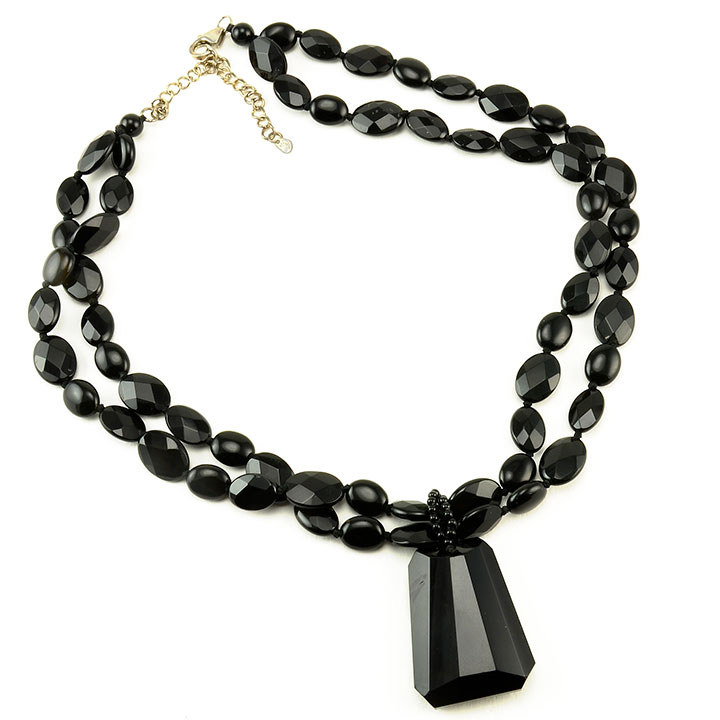 Onyx's name derives from a Latin term meaning "claw" or "fingernail". It is often found with bands of black and white, and is sometimes found in red and brown. It is commonly found throughout the world, including in countries such as Yemen, the United States, and India. 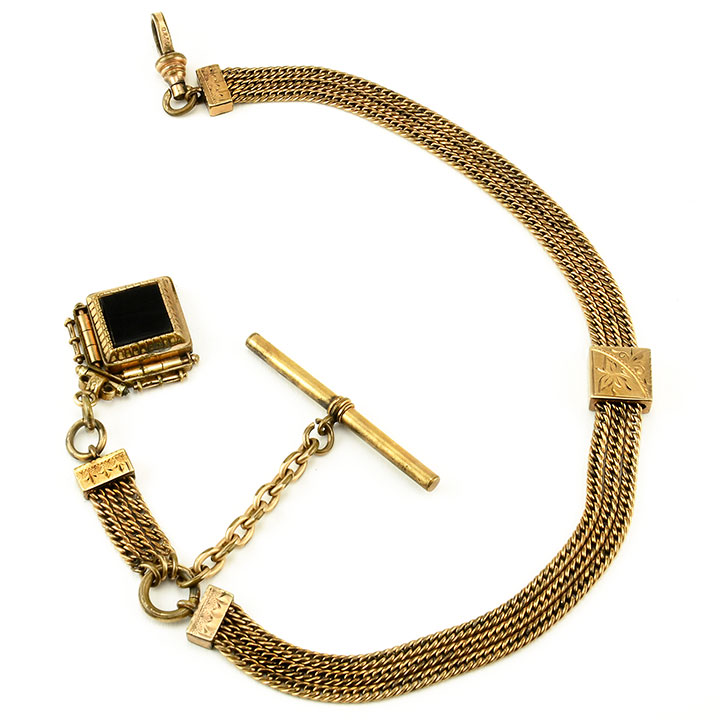 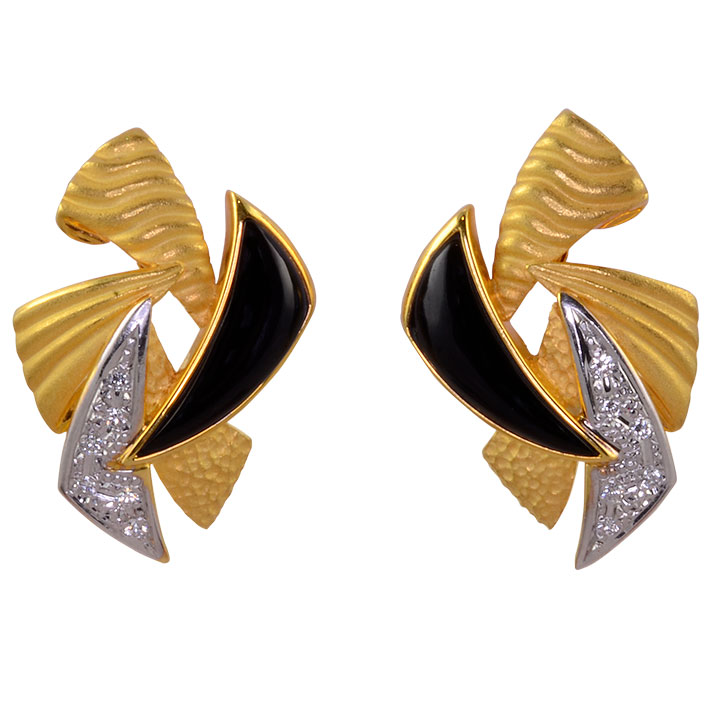 Onyx has a rich history, and has been used in art and jewelry since ancient Egypt. The ancient Greeks used onyx frequently in carvings. In ancient Rome, onyx was also used to make art, most notably cameos.  Onyx continued to be used for jewelry throughout the Victorian Era and into the 20th century. In the Victorian Era, onyx was used commonly in cameos and pendants like the ones below. Often paired with other stones such as opal and set in gold or silver, onyx jewelry was also used in times of mourning due to its pigmented black color. 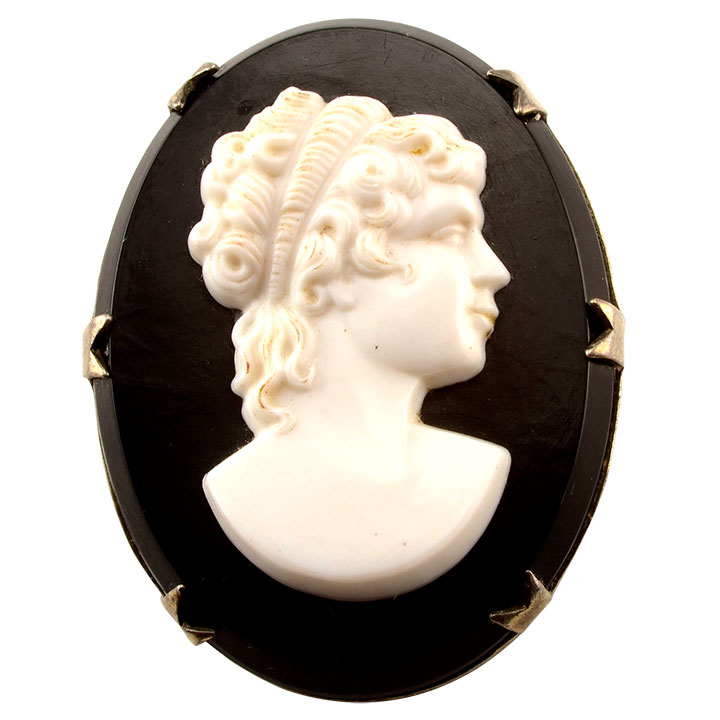 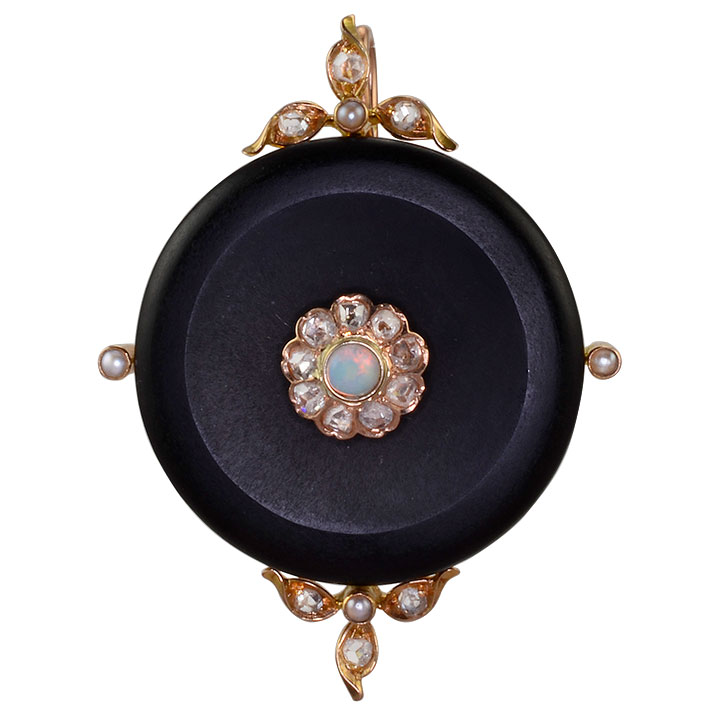 In the 1920s, Egyptian Revival and Art Deco jewelry used onyx frequently. The earrings below, designed by artist Erté, incorporate onyx as a detail, along with diamonds and a silver fan motif.

Onyx and Diamond Earrings by Erté 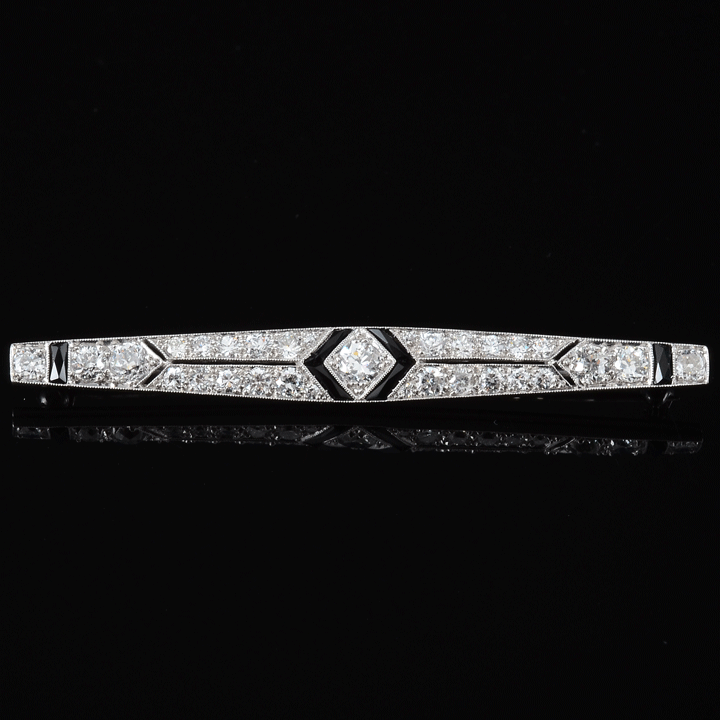 Below are more selections of onyx jewelry and watches from Solvang Antiques. 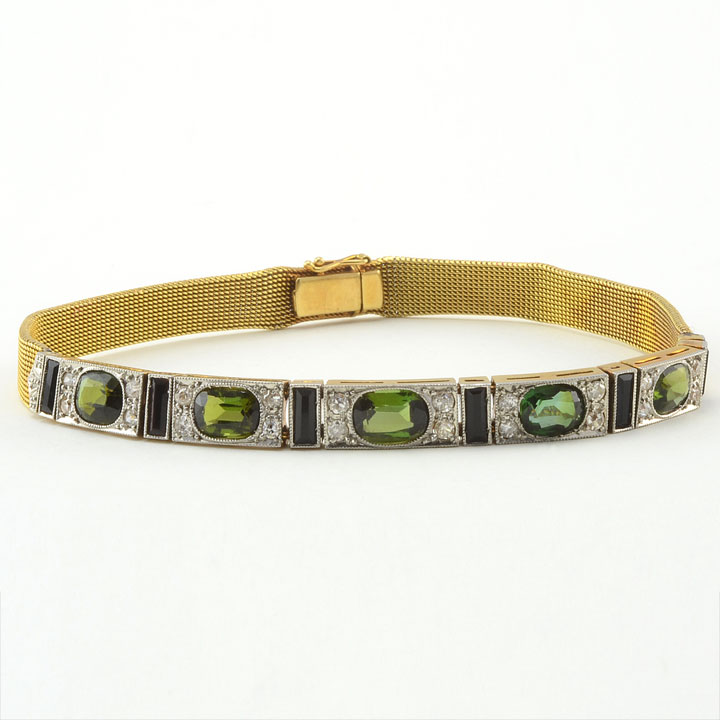 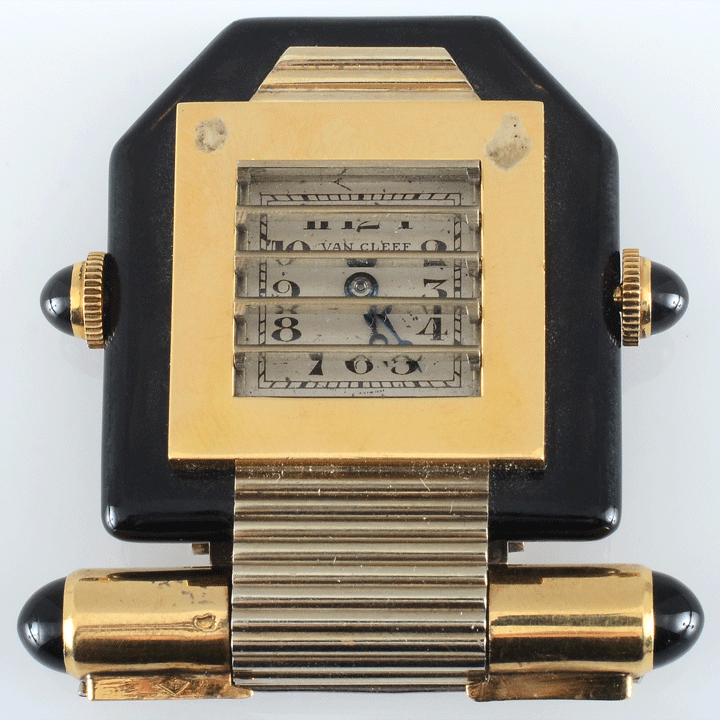 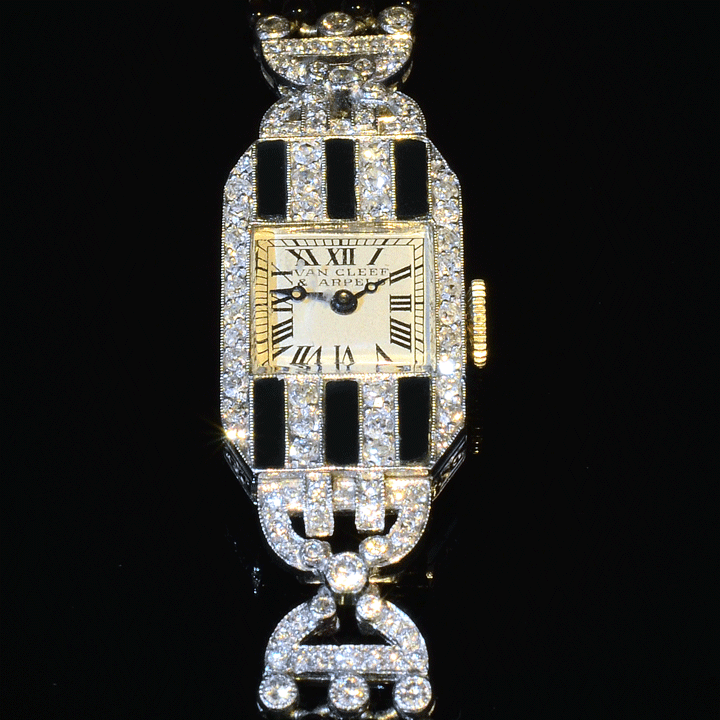 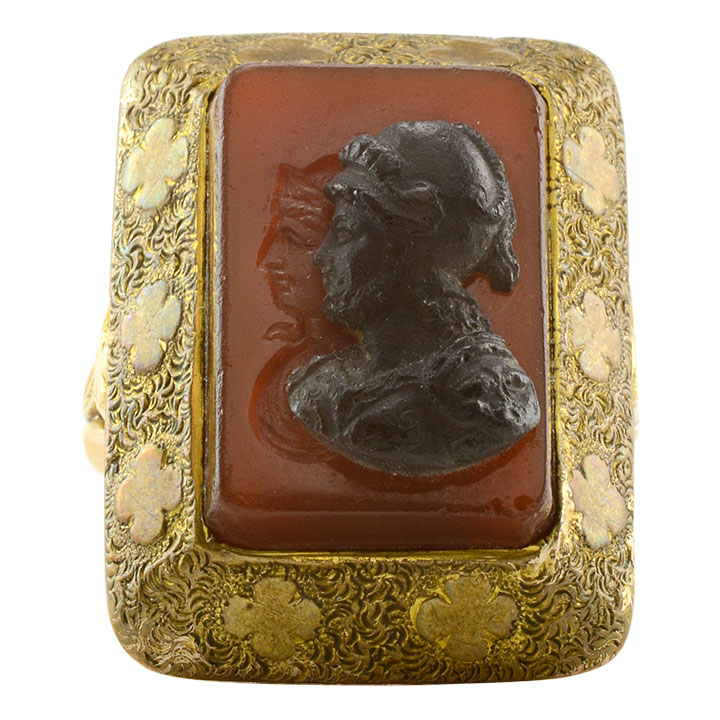 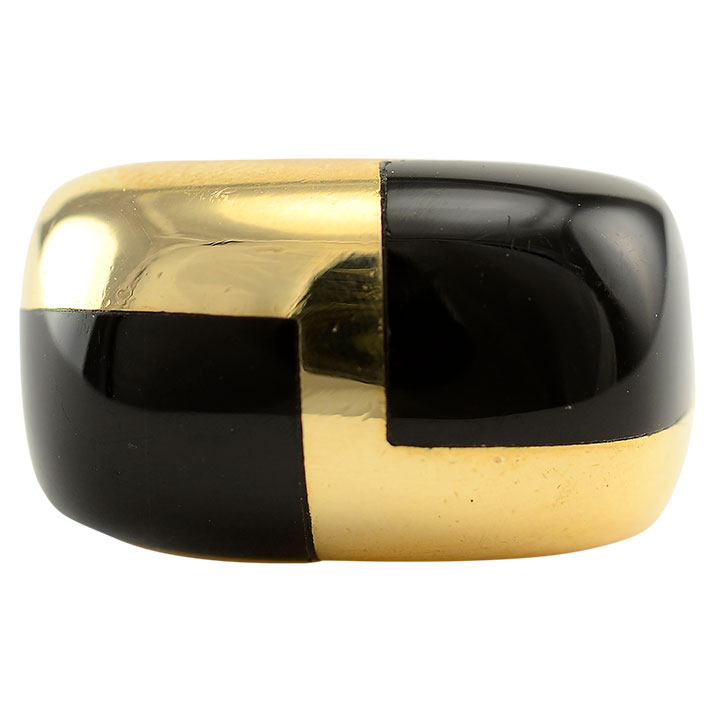