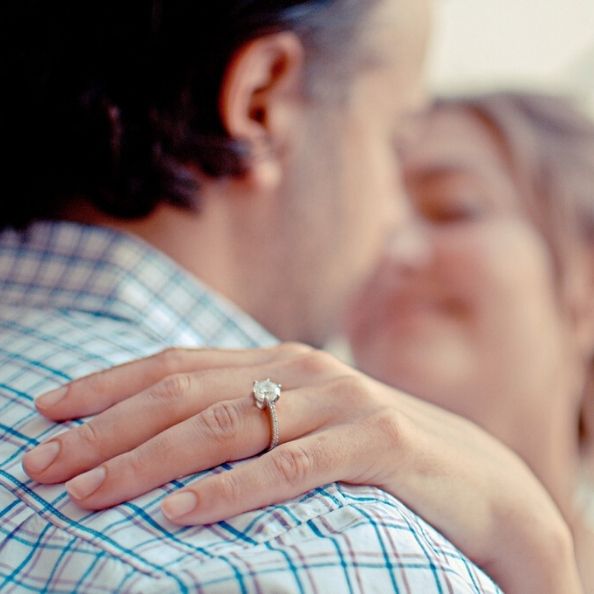 It’s no secret that the “in” style for engagement rings fluctuates by decade. Still, there are some styles so timeless that they reappear in prominence today. Many women increasingly want vintage and antique engagement ring styles because of the expertise and attention to detail that went into ring-making in the past. Check out this journey of engagement rings through the decades.

Art Deco was all the rage in the roaring ‘20s. The style incorporated large stones with high levels of detail. The gaudier and more intricate, the better for this decade’s engagement rings. The type of stone wasn’t as important for these rings as the setting and surrounding elements. Delicate and interesting designs were the key to a “yes!” in this decade of decadence and pleasure.

While the style of art deco, with many intricate stones and designs, was still the bee’s knees in the 1930s, the great depression made the style a little more mellow. Jewelers exchanged large settings for more modest ones, but this decade didn’t sacrifice on style. The mix of different stones in a singular setting to create a design or pattern was still popular.

The 1940s – Round-cut diamonds in yellow or rose gold settings

By the time the 1940s rolled around, people had had enough of the art deco settings and turned toward rose gold and yellow gold. Round-cut diamonds were the must-have cut, and the use of stones to form a pattern dissolved away in favor of a larger center stone.

In the 1950s, the economy recovered, and sentiments were looking up. This new optimism led to more unique and intricately shaped center diamonds on engagement rings. Cuts such as a marquise, emerald, and pear were the most sought-after diamonds.

The 1960s brought back a love for bright colors and fun shapes. The expensive and fancy shapes of the ‘50s were out, and square-cut stones were in. This period was also the start of the popularity of colored diamonds such as yellow, pink, and chocolate diamonds.

The 1970s were all about expression. This introduced the popularity of the princess-cut diamond. Although the ‘70s were colorful and bright, the engagement rings reflected a calmer, more minimalist view. Simple bands with a single center stone were the most popular rings.

The 1980s – Diamonds are out, and sapphires are in

By the 1980s, people had moved away from the traditional diamond engagement ring and opted for a more regal stone: the sapphire. Long the stone of royal engagements, the average person began wanting to emulate the class and style. Sapphire center stone rings were the most prevalent in this decade.

The 1990s – The return and multiplication of the diamond

In the 1990s, the era of grunge, the diamond made a big return to the engagement ring scene. The ‘90s were all about multiple stones. A center diamond stone surrounded by smaller diamonds was the “in” look of the era.

For all your engagement ring needs, and to browse antique wedding rings for sale to match, look through our vast selection at Solvang Antiques.