Welcome to the second edition of our Clocks 101 series!

Here, you'll learn more about wall, mantel, skeleton, and automaton clocks. These clocks can be very intricate and are collected all over the world. You will be able to see examples of clocks from our collection. Click the photos to learn more about each item.

Automaton clocks refer to a clock that has moving parts, creating a scene. This clock is an extremely rare rocking ship automaton clock in gilded and patinated bronze. This clock features pitch and roll movement, giving the ship superb animation. The ship is triggered to begin at five minutes before the hour and stops after the hour is struck. 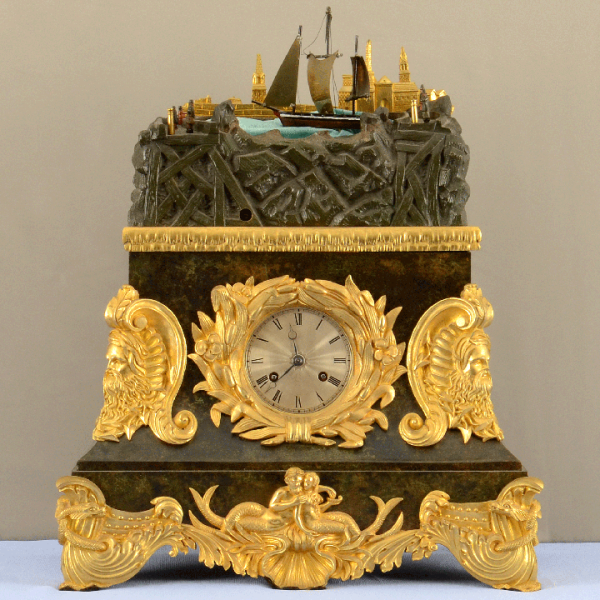 Skeleton clocks allow the viewer to see all of its inner workings, including gears, etc. You can see the "bones" of the clock, hence its "skeleton" name. These unique clocks are appreciated by clock enthusiasts all over the world and are beautiful windows into the inner workings of a clock. 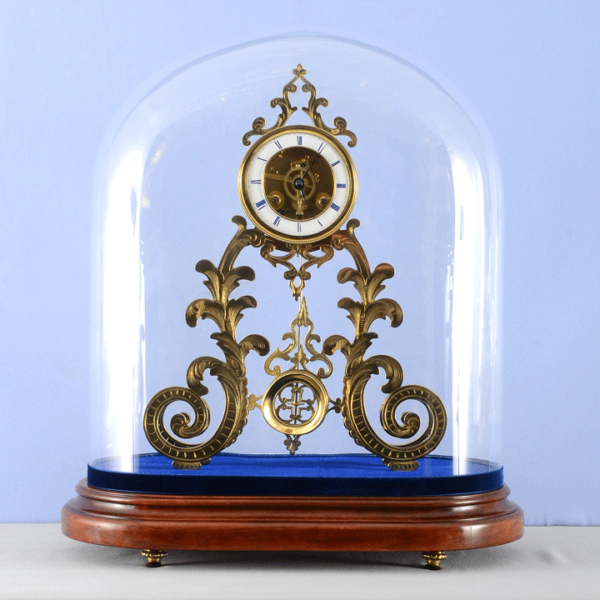 French Skeleton Clock by Wurtel of Paris, circa 1850

Carriage clocks, built in the 18th and 19th centuries, are spring driven and designed to be used when traveling in carriages. They come with grand sonnerie and petite sonnerie movements, with alarms and repeat-at-will.

Those with grand sonnerie with strike the quarter hour and denote the hour. As an example, at 3:15, it would strike once on a higher pitch gong, and three times on the lower pitch gong, to tell you exactly what the time was.

Those with petite sonnerie will strike once at the first quarter, twice at the second, three times at the third and four times on the hour, as well as striking the number of the hour on the hour.

Those with repeat-at-will functions tell you the closest time denominations at the push of a button. 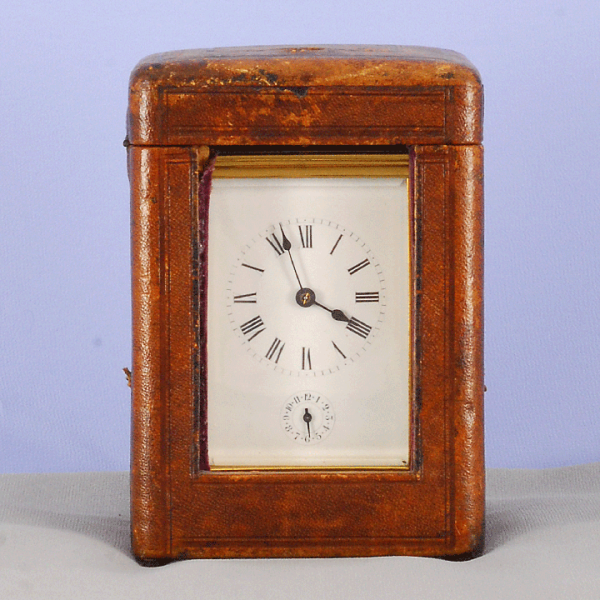 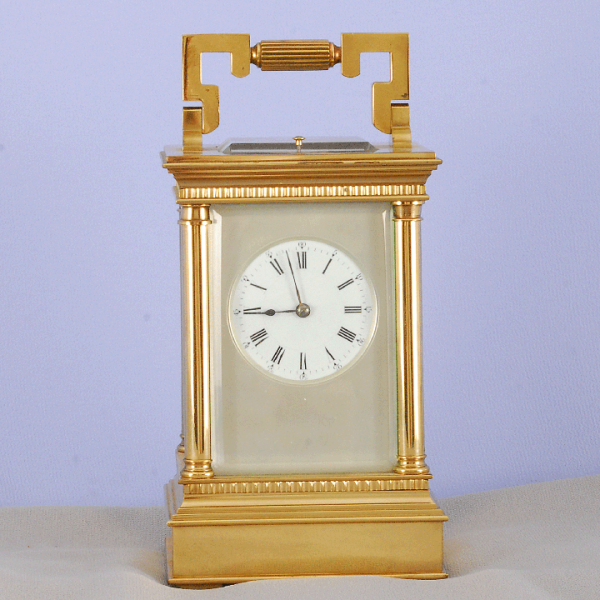 Wall clocks also some in grand sonnerie (three weight) and petite sonnerie movement styles. Two weights vary in whether they strike the hour, or hour and half hour. The other option would be those with a single weight, which are strictly time keepers and do not strike at all.

Vienne regulators are some of the most famous and sought after wall clocks. They come with one, two, or three weight styles, each leading to a more complicated movement. 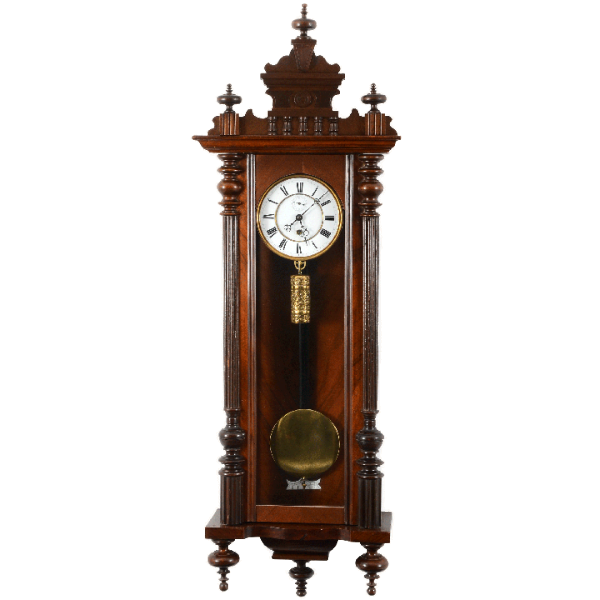 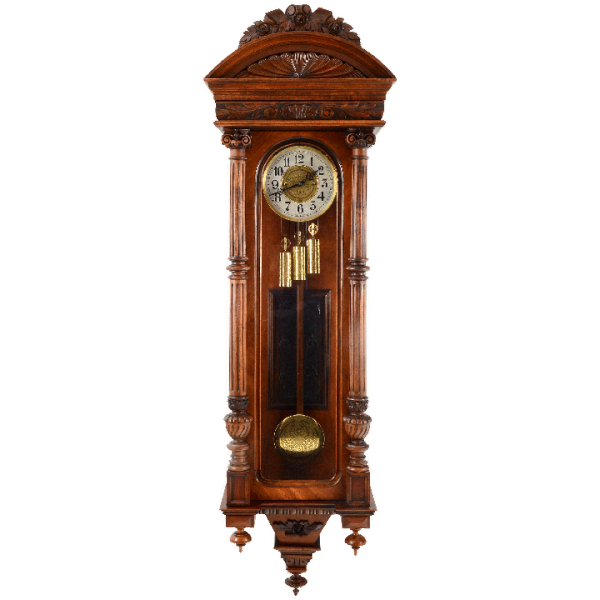 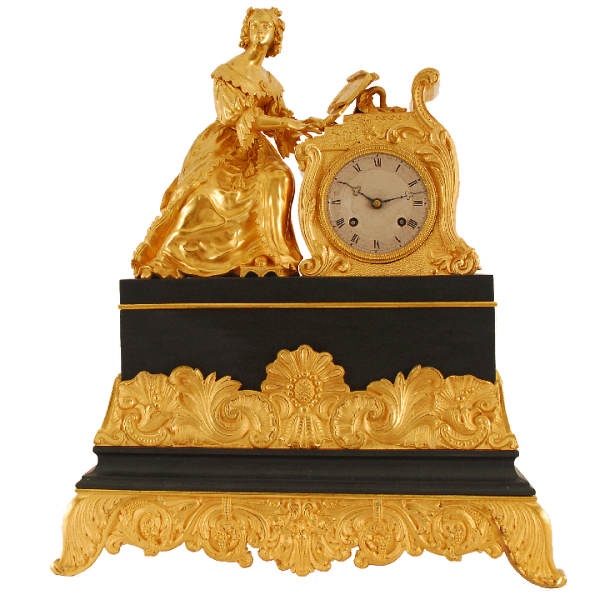 Garniture sets are sets of three pieces with a clock center, often figural. The side pieces are usually candelabra or vases. 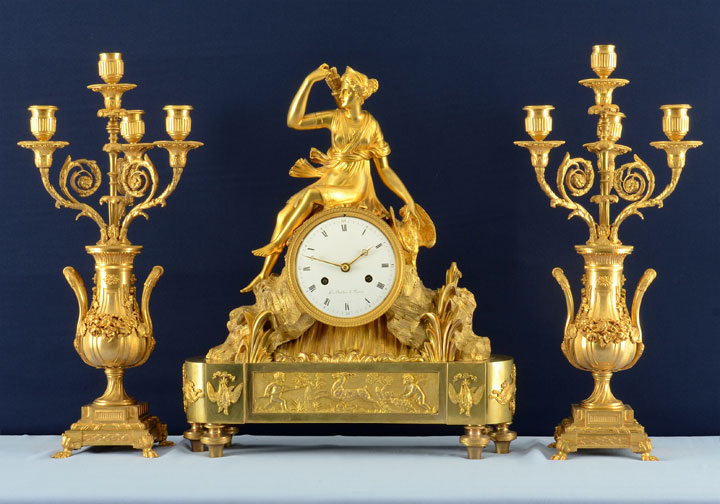 A crystal regulator is a mental clock with glass sides. It can be decorated with gilt ormolu, champleve, painted porcelain plaques, or even Wedgwood panels, as seen below. 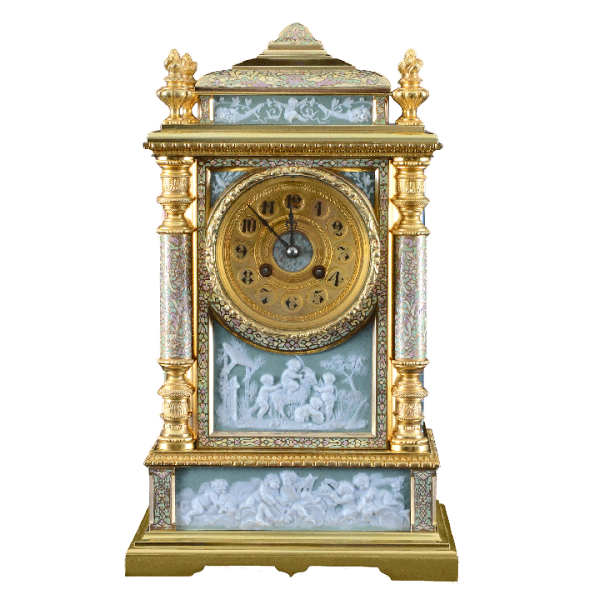 Thanks for reading our Clocks 101 series! To see more clocks, click here.