Antique clocks are highly sought after for many reasons, including beauty, function and nostalgia.

Today, we will introduce you to various floor clocks, including month and year long regulators, seven tune functions, musical disk playing, as well as those that track the tides, have temperature compensating pendulums, and many more.

Be sure to watch for the continuation soon! Part Two will cover other types of clocks including wall, carriage, automaton, painting, and statue, among others. 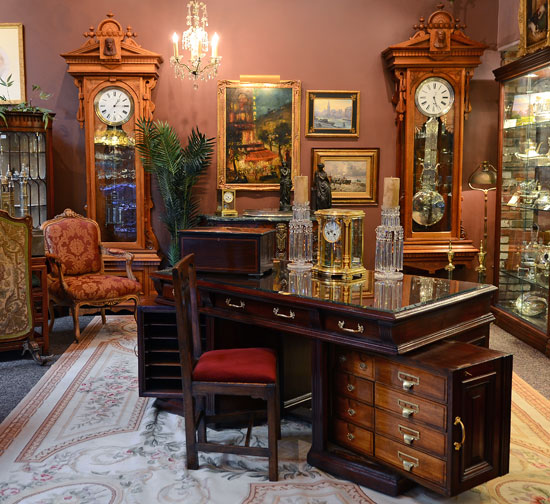 Clocks that are one train, or have one weight, are time-only, meaning that they don't strike or play music - they strictly tell time.

Clocks that are two train, or have two weights, are time and strike, meaning that they strike either on the hour, or hour and half hour.

Clocks that are three train, or have three weights, are time, strike, and chime. Chiming clocks usually have an option of two songs, such as Westminster and Whittington chimes. The clock to the right has a remarkable and rare seven tunes!

This clock also features a High Water at Bristol Key wheel, which allows the observer to monitor the tidal influx in a specific location - in this case, Bristol Key. Tides are affected by the gravitational pull of the moon and tides do not fall at an exact time on successive days, it can differ between half and one and a half hours. Clockmakers were unable to show that variance, so they averaged, and instead of showing High Tide, they show High Water, which means the tide is near to full and high enough to set sail or enter port. The moon dates are shown in Arabic numerals and the tidal times are in roman numerals, so a single pointer reads both the moon's age and high water for that day. 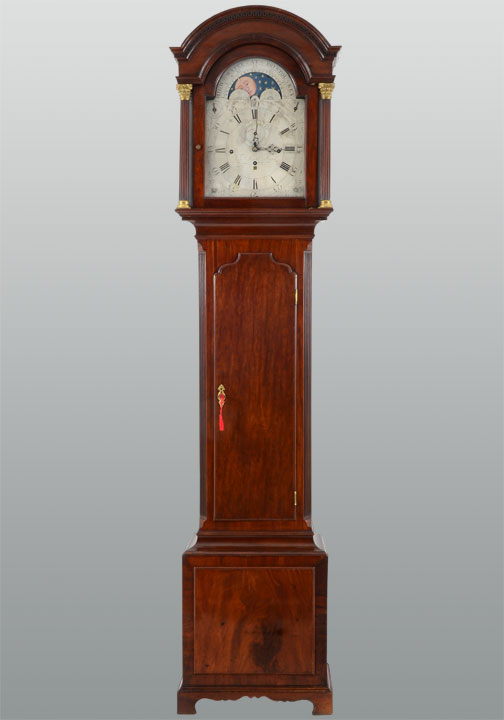 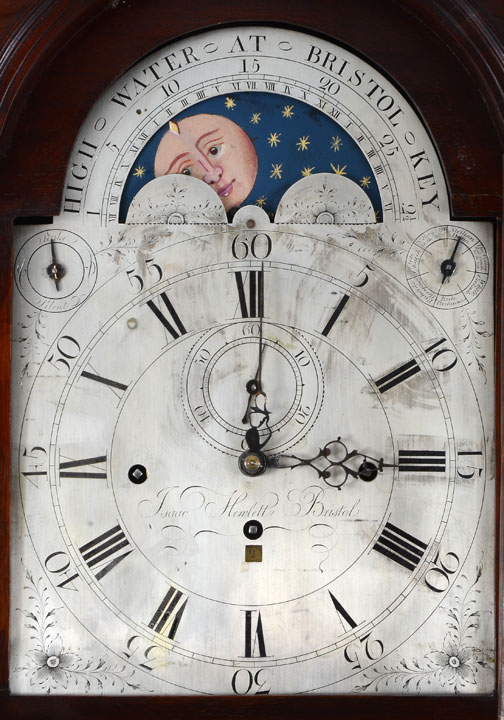 This next clock doesn't just play a tune, but plays a Polyphon disc on the hour instead. 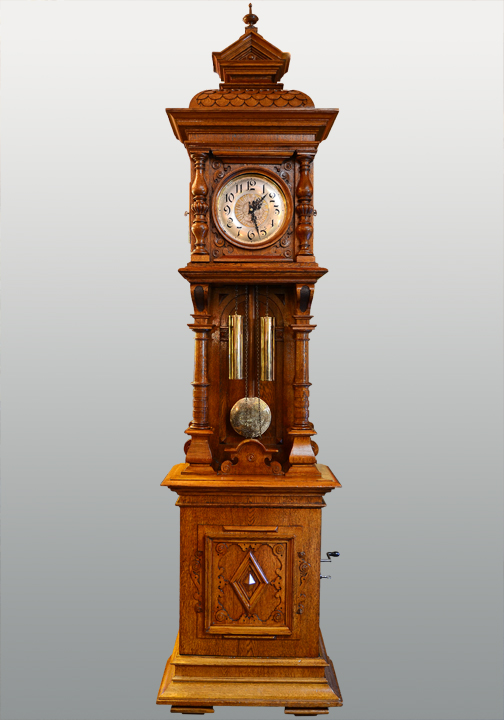 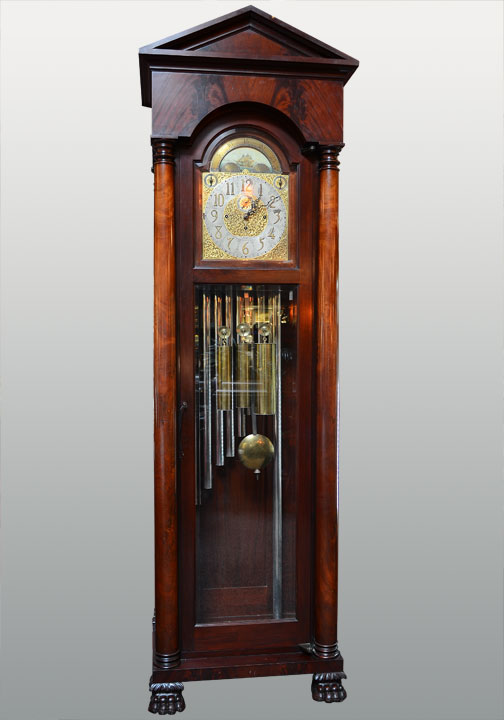 This is an example of a tubular bell clock. This one plays Westminster and Chime on Eight Bells. Click here for more. 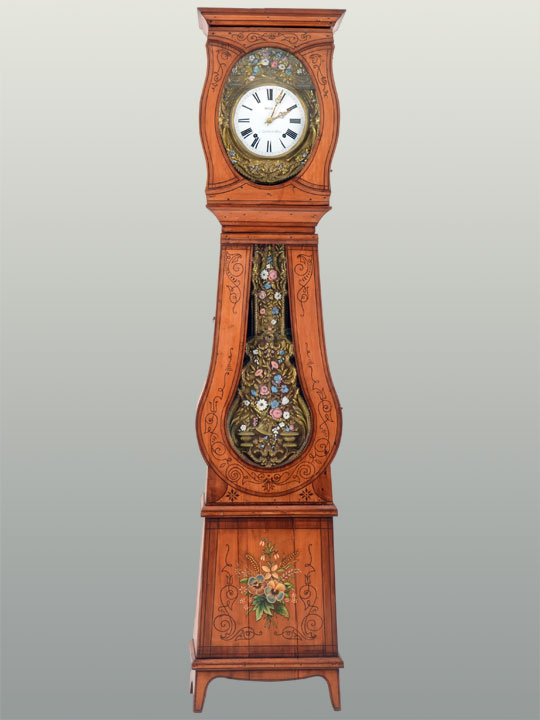 The clock above is a Morbier, sometimes referred to as a Comtoise. These clocks are unique in their striking. They have a prayer strike sequence in which they will strike the houe, and strike the hour once again two minutes later.

One of the more uniquely adorned clocks are those in the Chinoiserie style. The clock below is decorated in Chinese motifs. 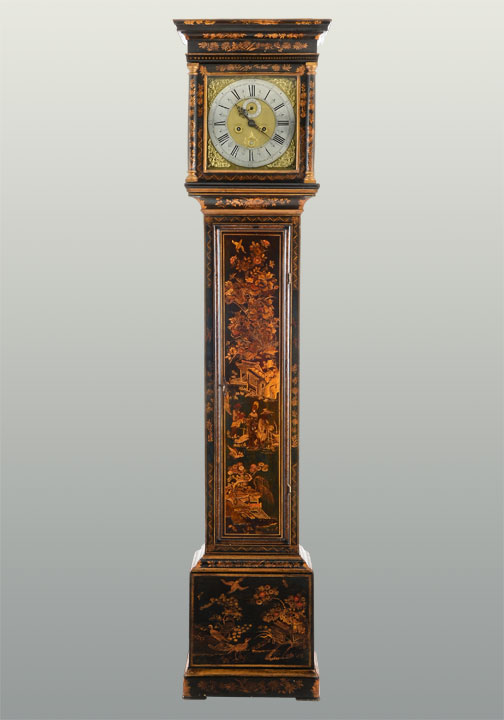 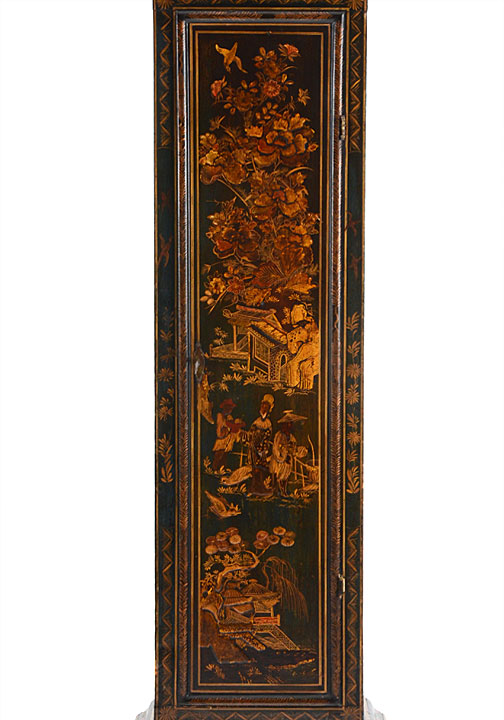 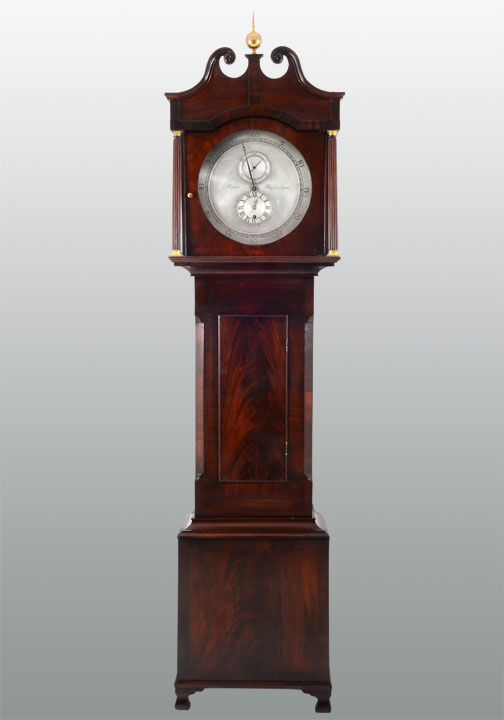 English Rare Month Long Regulator With Astronomical Dial by Harris of Chippenham, circa 1840 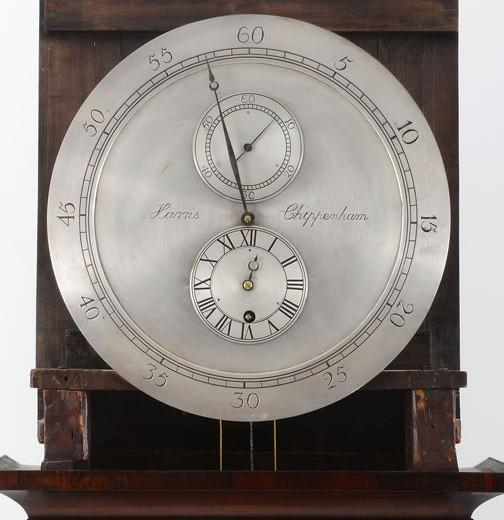 Astronomical dials, like this one, give the minutes on the outer edge with a center containing smaller dial insets for the hour and the seconds.

The following clock features a temperature compensating pendulum using mercury. Most temperature compensating pendulum clocks are made of a grid of alternating bars of two metals with different thermal expansion coefficients, most likely steel and brass. This allows the pendulum to remain roughly the same length and keep more accurate time. A normal pendulum would slightly change length with varying temperatures, giving a less accurate account of time. The clock below uses mercury as its metal.

American Standing Regulator No. 16 by Gilbert, circa 1901

Thank you for reading part one of Clocks 101! Check back soon for part two, where we will cover the other types of clocks, including wall, carriage and more!