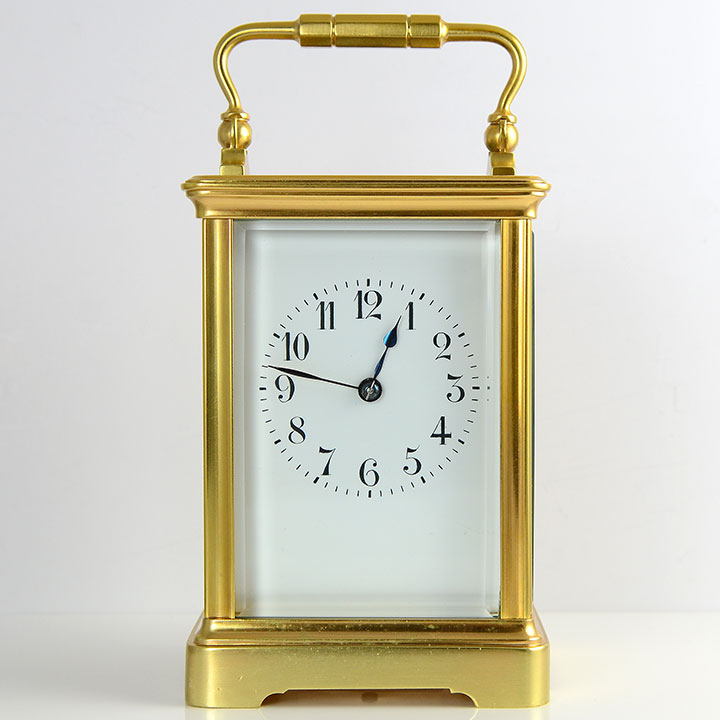 Carriage clocks, also called "officer's clocks", were first developed in the beginning of the 19th century. Abraham-Louis Breguet, a well known French clockmaker, created the first carriage clock for Emperor Napoleon in 1812. These clocks were designed to be traveled with, and were built to sustain the rapid movements of a 19th century carriage. Carriage clocks were built to be durable, which is why so many continue to be fully functional over 150 years after they were made. 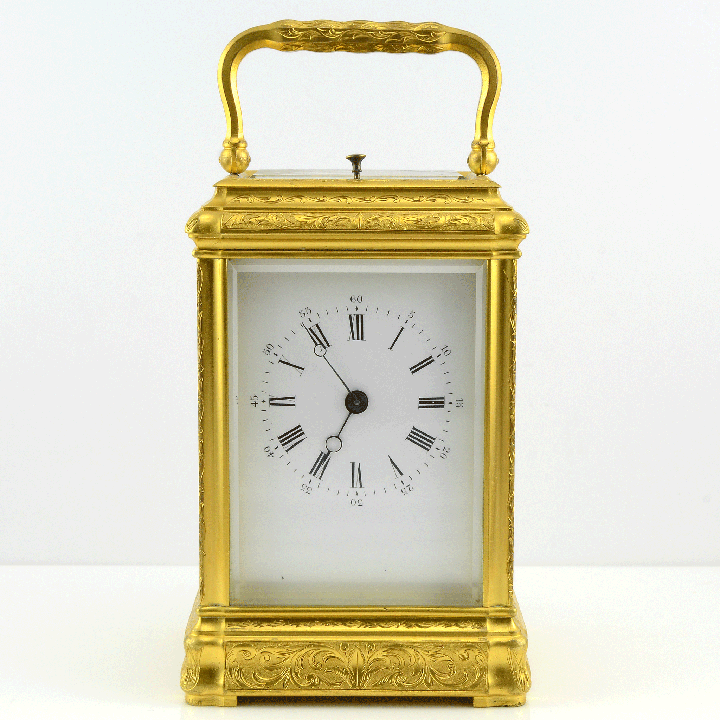 Though these carriage clocks were built with amazing durability, many clockmakers also decorated them with unique designs. Nature scenes and portraits were created in enamel, and clock cases were engraved intricately on the panels. Many of these clocks were made with a corresponding leather or wood case to keep it safe, but today it is quite rare to find a surviving carriage clock case. 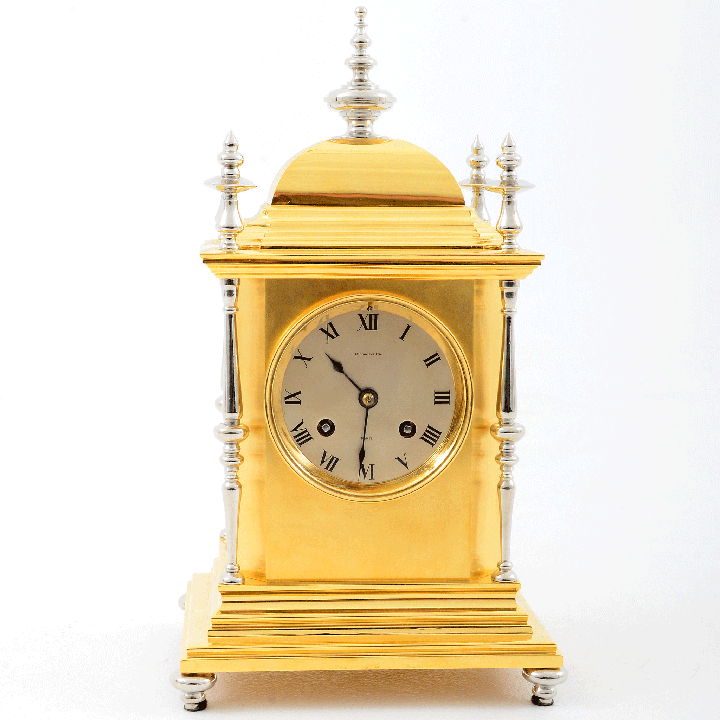 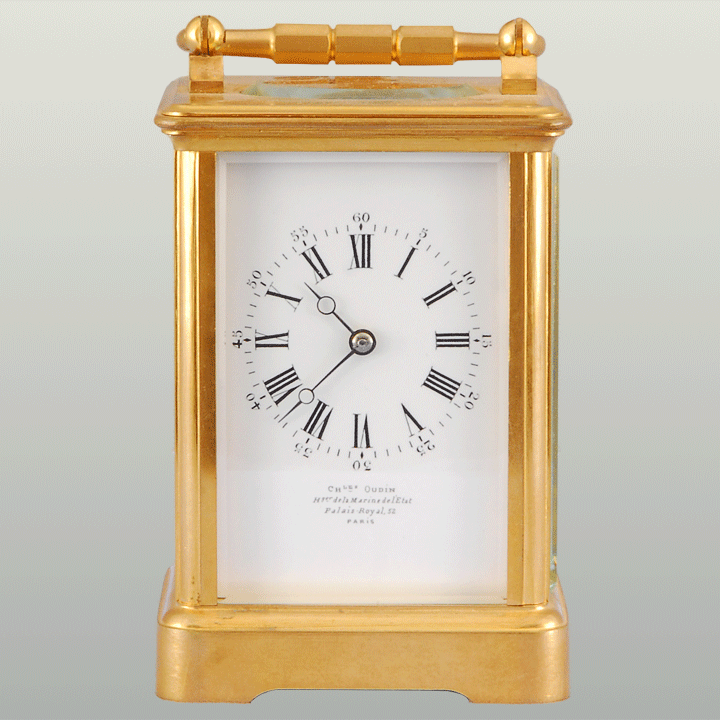 Carriage Clock by Charles Oudin, circa 1890

Today, carriage clocks are highly prized by history lovers and antique collectors. Historically, they are given as gifts to retiring employees by their employers. They also make wonderful gifts for Father's Day an anniversary or a significant birthday.