John Gould is known as one of the world's most prolific ornithologists. His writings and sketches are collected worldwide. Read on to learn more about John Gould and view a selection of prints from his books. 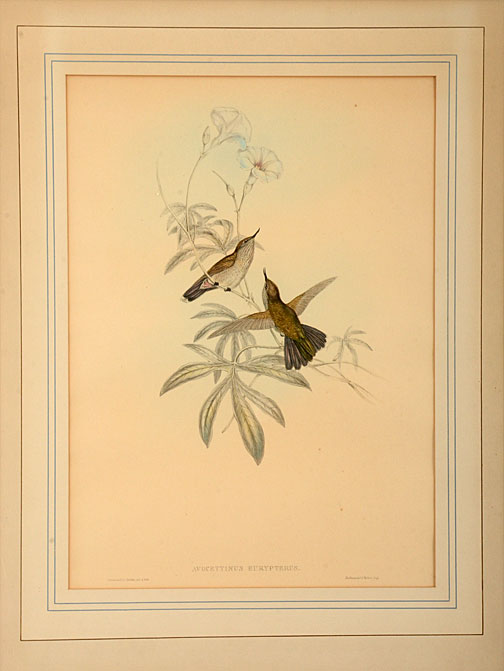 John Gould was born September 14, 1804 in Dorset, England. He was interested in flora and fauna from a young age. At 23, Gould was the first Curator and Preserver at the museum of the Zoological Society of London. His works about bird life in Australia, Europe and Asia were the first of their kind. The illustrations found in his books are collected widely today. Most of Gould's work were rough sketches on paper from which other artists created the lithographic plates. 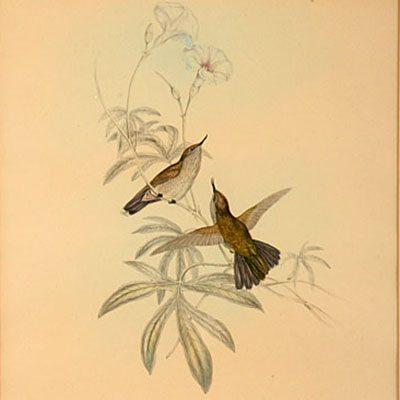 In 1832, his first series of books were published: A Century of Birds from the Himalaya Mountains. Afterwards, he began work on his second publication, The Birds of Europe.

In 1838, he traveled to Australia with his wife and oldest son. There he explored New South Wales and published a prospectus in The Sydney Herald about his discoveries. 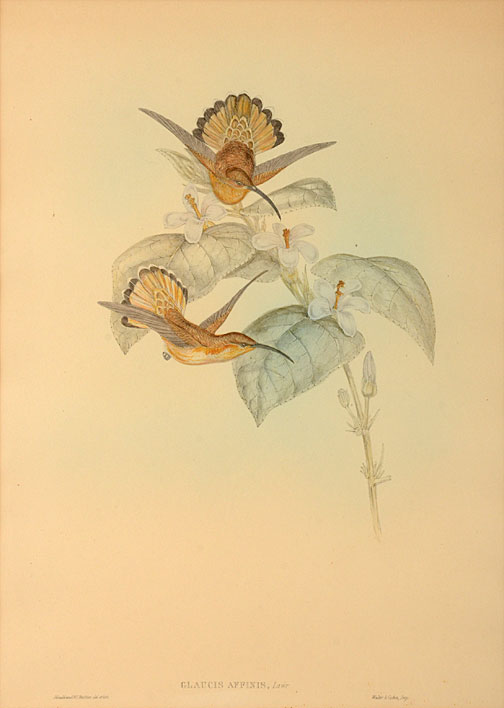 After his return to England, Gould published The Birds of Australia, a seven-volume set describing over 600 species of birds with 84 lithographs. These vibrant color illustrations were produced by Gould’s wife Elizabeth before she died in 1841. After her death other artists were employed.

Gould’s most famous publication, The Birds of Great Britain, is a critically acclaimed work with over 300 colored lithographs in its complete set. Lithographs and sketches from this work are sought after worldwide. Many animal species are named after Gould, including the bird species Gould’s petrel (Pterodroma leucoptera) and the reptile Gould’s monitor (Varanus gouldii). Gould’s sunbird (Aethopyga gouldiae) is named after his wife. 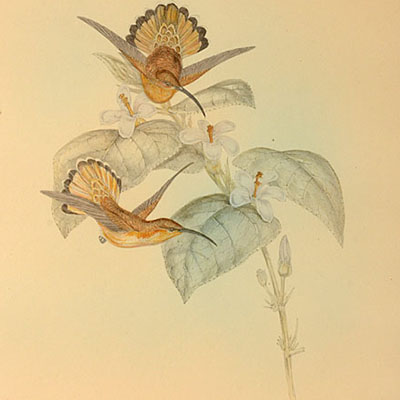 He was a hummingbird enthusiast, collecting over 300 species and traveling to the United States to continue studying them. Other works by Gould include The Mammals of Australia, The Birds of New Guinea and the Adjacent Papuan Islands, and numerous papers in scientific journals about bird species in Asia and Great Britain.

Gould’s publications continue to be used in zoology and ornithology today.